1 – Introduction
2 – Worldwide Worship (Adulation) of the Antichrist
3 – The “Miracles” that Don’t Work and Those that Do Work
4 – How does Singular Change into Plural?
5 – Seemingly Miraculous Nature of the Image
6 – Destructive Power of the Image
7 – A New Initiation Rite
8 – Conclusion

In the 13th chapter of the Book of Revelation, John the Apostle records his astonishing glimpse into a future world. . . the very one in which we are now living. This vision of a “future world” came from God, but the understanding of it was filtered though the mind of His apostle. As a result we have in these ancient Scriptures an intriguing form of time travel experience. We are able to see our modern world, not only through the eyes of God, but also through the eyes of someone from ancient times.

This 13th chapter of Revelation foresees several features of modern life. But for this study, we will zero in on the mysterious “image” aspect of what John the apostle saw in vision.

IMAGE of the BEAST

Revelation 13:12B-15 This passage about the “image” will be the focus of this study

And he (the beast from the earth, the False Prophet). . . causeth the earth and them which dwell therein to worship the first beast (from the sea, the Antichrist) whose deadly wound was healed.

And he doeth great wonders, so that he maketh fire come down from heaven on the earth in the sight of men,

In essence, these words outline how this man from ancient times, John the Apostle, understood a vision God had given him about how a “beast” from the “earth” (aka the False Prophet) would get the world to worship the Antichrist – through using a strange “image”; the “image” would have “life”, could “speak”, and was so powerful it caused death to those who refused to worship it.

An awfully tricky passage of Scripture. But as we try to view things through the Apostle’s eyes, this will guide us in our understanding of it.

Now, the Greek word for “image” had the fairly general, almost abstract meaning of “likeness”. It can be used for any type of image. 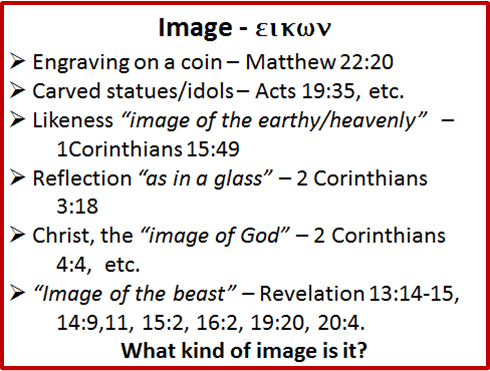 Interestingly, it is used in one place to describe a reflection, the kind seen in a “glass”, or mirror. (2Corinthians 3:18) So, this word “image” should not be limited in its scope to refer to idols only but could refer to any modern reflection-type of image – photos, xeroxes, faxes, videos, and especially TV. For all its complexity, TV transmission is nothing more than a sophisticated way of creating the most basic kind of image there is, a mirror image – and of casting those live images over great distances. The big difference: Instead of standing in front of a mirror, a person stands or sits in front of a camera.

(Note: Modern technology is coming up with even more realistic mirror images, such as 3-D holographic imaging. Who knows? Perhaps that will become the “TV image” of the future.) 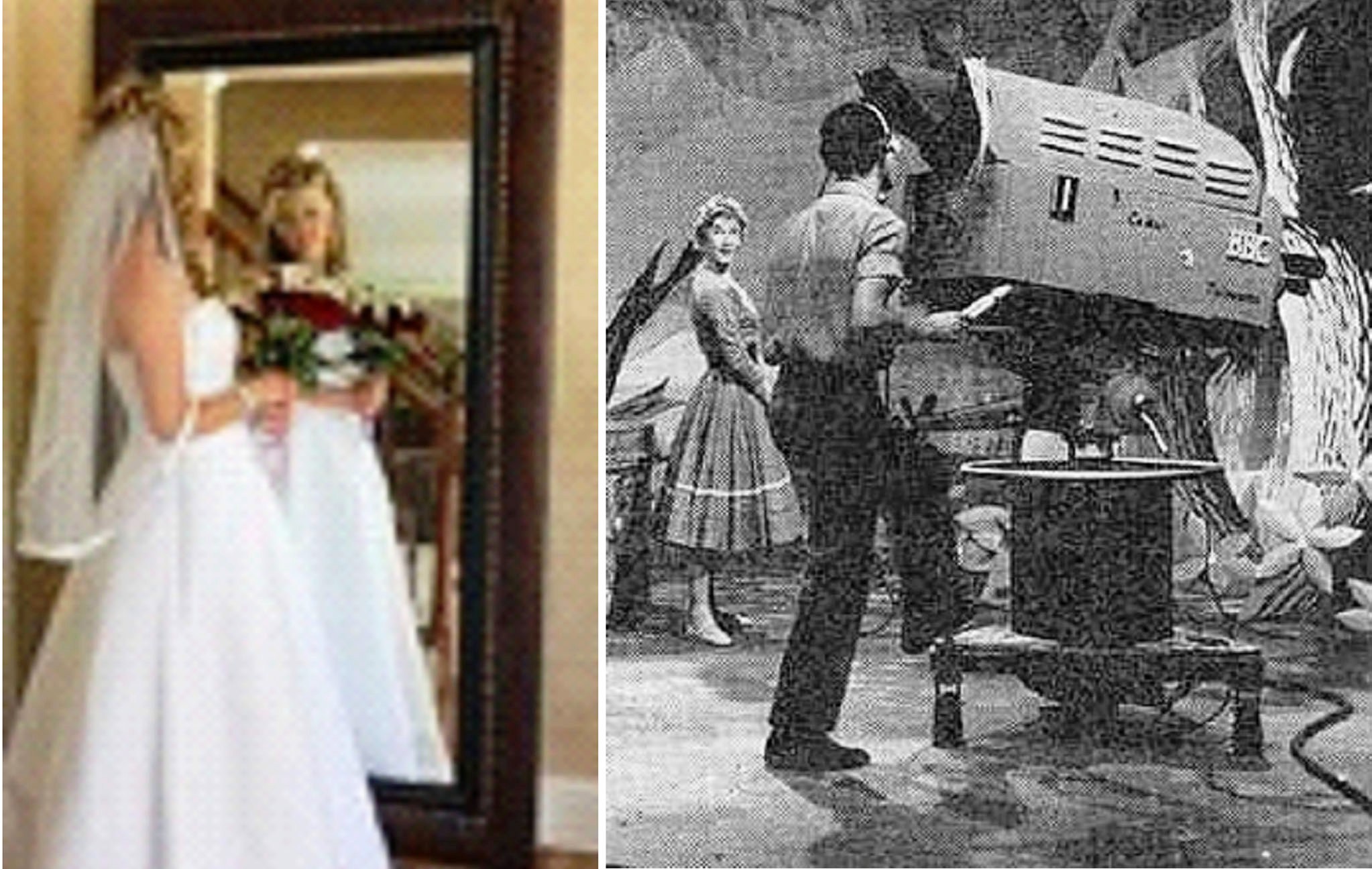 In modern times Bible teachers have at times suggested that the “image” mentioned in the Revelation Book could be talking about television. It has been difficult to accept this, however, because it means sweeping away centuries of past interpretation – what numerous scholars have taught for generations (that the image is supposed to be an idol of some kind).

Since we, in this generation, do have the benefit of some historical hindsight, having experienced what former Bible scholars had not, we can leave behind some of the old mindsets inherited from the past. That doesn’t mean we can’t follow in the footsteps of former teachers – by adopting the same spirit of inquiry that motivated them. But it may mean ditching the baggage of some of their less informed ideas – less informed simply because they had not yet seen modern technology.

Those interpretations were sufficient in their day, but now that we are getting so close to the very End Time, we can do some fine-tuning and get a clearer understanding about this mysterious vision of John the Apostle’s. Basically, it is a matter of clearing away misinterpretations that were based on how images were made in the past. It’s time to re-think this question about the “image” (from a few different angles) and see if we can find some landing gear for what may seem like a rather high-flying concept (of the “image” in terms of modern broadcasting).

To start, we might ask, what do television images and religious images have in common? Well, like any religious image, television communicates and exerts a spiritual influence over its viewers. There is much in television broadcasting that is needed and helpful. But there exists also much corruption, decadence, and deception conveyed to us through it; television can act as a channel for the realm of dark, spiritual forces. And generally, this is the downward direction toward which modern TV culture has been heading for many years.

Now it stands to reason that, once the Antichrist enters the political stage, he will appear frequently on TV; and of course, his broadcasted image seen at that time would fall into the category of an “image to the beast”. The general, corrupting influence that television exerts now will be embodied then in the Antichrist himself and his televised image when he will “open his mouth in blasphemy against God”. (Revelation 13:6)

The only trouble is – and this is why the image-is-TV doctrine has been hard to swallow – the description of the “image” in Revelation 13 sounds more as if it’s talking about an idol, not a TV image. But if we can go on a time travel voyage to the 1st century and perceive this vision through the eyes of John the Apostle, we may see things differently.

The barrier to our understanding will fall away, and it will be easier to see how John’s description may have been nothing more that the natural result of how someone from an ancient time would react to and try to explain a modern TV image. (Much of the rest of this study will explore that subject more fully.)

Continue to Chapter 2: Worldwide Worship (Adulation) of the Antichrist