1 – Introduction2 – Worldwide Worship (Adulation) of the Antichrist3 – The “Miracles” that Don’t Work and Those that Do Work4 – How does Singular Change into Plural?5 – Seemingly Miraculous Nature of the Image6 – Destructive Power of the Image7 – A New Initiation Rite8 – Conclusion

Revelation 13: 16-17  And he causeth all, both small and great, rich and poor, free and bond, to receive a mark in their right hand, or in their foreheads:
And that no man might buy or sell, save he that had the mark, or the name of the beast, or the number of his name.

In a nutshell these verses describe the cashless, computerized credit system that will be operating during the reign of the Antichrist and False Prophet. To some extent we are already living in this system.

And what is the “mark“? No doubt, it will be the product of modern technology. Scientists and computer experts are already toying around with microchips and devices that can fulfill what it says about the “mark” – that it will be placed in the hand or forehead and will enable mankind to carry out commercial exchanges without the use of cash. In many places, it will even become mandatory to use this new buying and selling system. And probably in most nations of the world, it will be difficult to get along without it.

So back to the question posed in the previous Post: How does the image, or the Antichrist, know who’s worshiping and who isn’t? Well, it’s a simple matter: The “mark” is the “name of the beast”, similar to how a company’s logo represents the name of that company. The mark then is a sign of ownership – like a brand or logo – and once a person has it, that shows they belong to the Beast; he owns them, which means they have become followers of the Antichrist.

Now the moment a person takes the “mark”, the computer databases of the world will record that fact. Likewise, if a person refuses to take the “mark”, his non-registration will also become evident. Surveillance in this age of computer technology has become more extensive, thorough, and efficient than it has in all of history. (See Appendix 7: “The Rise of the Computer State” article.) 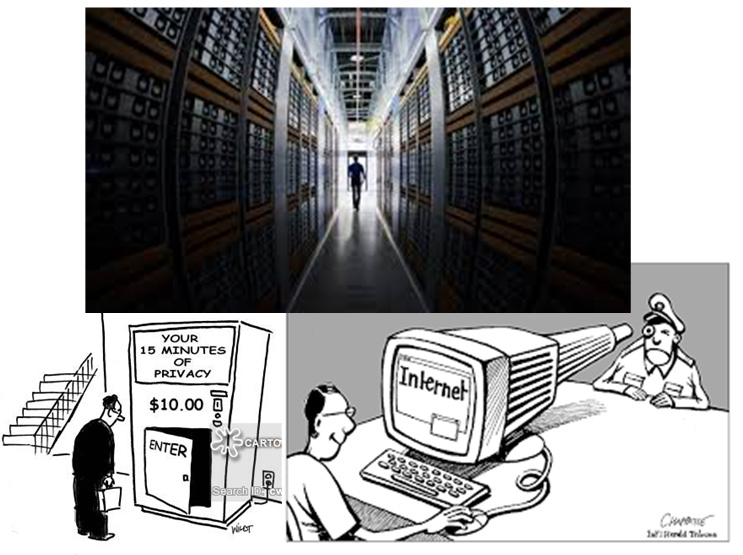 So that answers the question of how the “image” can know who’s worshiping and who isn’t. The “image” itself doesn’t know anything, but the Antichrist does. Of course, he only knows because of the False Prophet’s computerized credit system based on the “mark“. This separate agency, it knows and passes on the information to the Antichrist who then swings into action, persecuting and killing all those who, by not taking the mark, have shown that they don’t worship the Antichrist or his image (which, as proposed in this study, would be his broadcasted image).

So these aspects of the image’s worship – the power of surveillance and of persecution – are carried out by separate agencies under the direction of the Antichrist and False Prophet. However, in the mind of the Apostle, who thought the image had its own separate existence, it would have appeared as if the image was doing all of this by itself.

For John it was like an illusion. In an illusion you have a false impression about something because of certain things going on that you can’t see the magician doing. And in this case, a lot goes on behind the scenes of a broadcasted image that cannot be seen. We, of course, understand how the modern system works, and for us it would be no great mystery how a TV image would be capable of knowing who’s worshiping and who isn’t and also go about persecuting those who refuse to “worship”.

But for the Apostle, who could only judge by the surface appearance, it would have looked as if the image was doing all of this by itself. Unbeknownst to him, it was nothing more than a broadcast, or reflection, of the Antichrist blustering against his enemies; and the surveillance and persecution aspects would be carried out by the Antichrist and False Prophet, not by the image.

Interesting point: In the Old Testament, whenever the word “worship” is mentioned, very often it is accompanied by the phrase “fall down” or “bow down”. This was the standard way of showing one’s devotion, and the moment anyone entered the presence of a respected person or divine being or idol or sacred spot, they would “fall down” to worship.

But the Book of Revelation is set in modern times, and this fact is reflected in the phrase “receive the mark”; and this phrase (except for the passage in chapter 13) always accompanies the phrase “worship the beast and/or his image”. Receiving the mark is the modern form of showing “worship” and declaring one’s allegiance to the Antichrist. 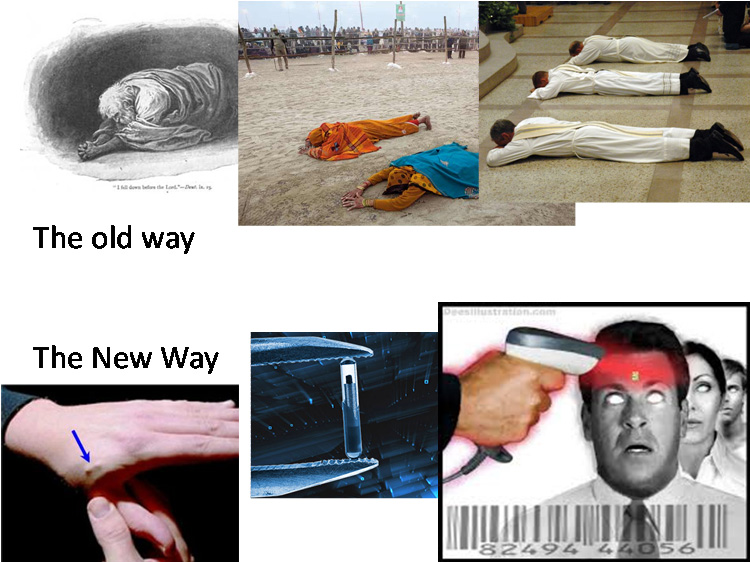 It could be compared to an initiation rite. Getting inducted into certain tribal or religious societies can involve receiving a mark of some kind. The Jews, for example, have the mark of circumcision. In an initiation rite, the act of worship is a one-time experience and serves as a way of making someone a permanent member of that tribe or religion. 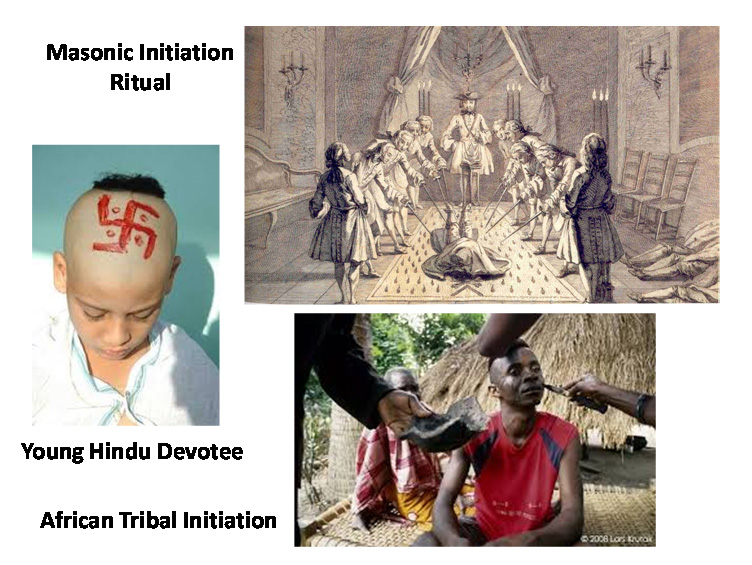 Likewise, the Beast and False Prophet will try to ensnare the world in their religion of materialism and emperor worship. And since everybody needs to shop, the mark’s mysterious ability to enable buying and selling will be the carrot and stick to herd the masses into the False Prophet’s religious net.

This initiation-rite type of worship is advantageous in that, once inducted, the new devotees can’t easily escape it. If it were just a matter of bowing or hand salute or something, such gestures can be faked and/or discontinued. But receiving the mark is a more permanent form of commitment and identification.

A striking contrast  to this modern religion and its special “mark” comes immediately after chapter 13 in the Revelation Book: God’s people are seen in Heaven with the “seal of God in their foreheads”. (14:1) This “seal” is a special mark of distinction, honor, and privilege in the Heavenly Realm, with which the saints will be marked for their protection during Earth’s final “Great Tribulation”. Evidently, the Devil is merely imitating the heavenly reality with his cheap counterfeit “mark of the beast” – a temporary privilege offered to the world that allows them to indulge in the Antichrist and False Prophet’s barren utopia of Materialism.

Because of the Antichrist’s big “mouth” and “speaking great things and blasphemies” (Revelation 13:5-6), the world will know well enough, by the time the mark is made mandatory, what he stands for, and it will be a clear decision for most people: joining the new economic system will mean joining up with the Antichrist and taking a stand against God and His people. It’s more than just a simple economic decision.

There is some coercion behind it too, the threat of losing one’s power to buy or sell – comparable, say, to the threat, a few decades ago, of getting sent to Siberia if one did not swear allegiance to atheist communism.

Now since the “mark” is part of the world’s buying and selling activities, then it would not be connected in a direct way to its worshiping activities (in the way that bowing to an idol would be). Being in the presence of the Antichrist (via his TV image), and then showing one’s worship, are not simultaneous activities. And this modern reality is reflected in Revelation 13:14-17; the passages about the “image” and the “mark” seem disconnected from each other. 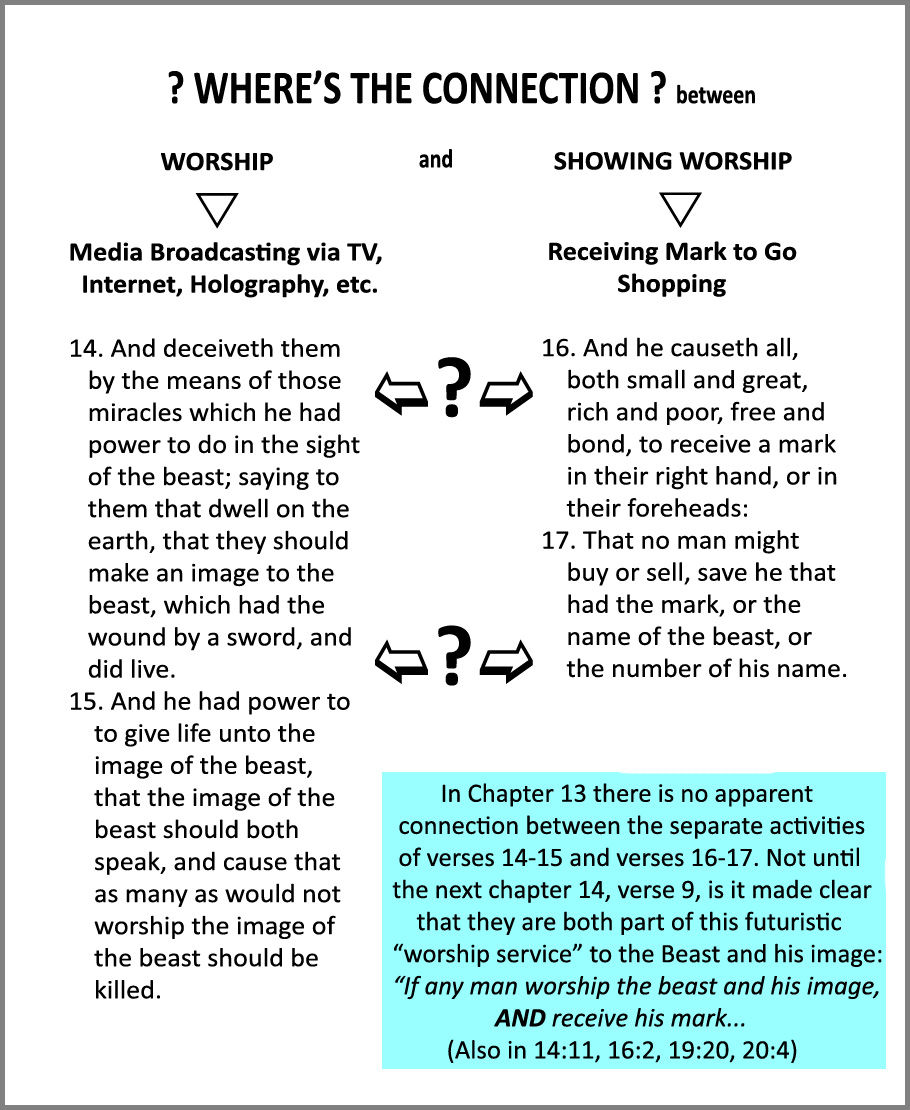 It seems then that the arrangement of the Revelation 13 passage about the “image” and the “mark” fits the modern reality rather well. In the case of a person watching the Antichrist on TV, what really happens is this: that person has entered the hallowed presence of the great leader’s image. In ancient times that would have required some act of worship – usually some form of bowing down. In the case of a TV image of the Antichrist, however, a person may love, fear, or hate the Antichrist, but there is no direct surveillance going on at that moment to register their reaction as to whether or not he or she is worshiping.

Nevertheless, that surveillance still happens – but indirectly – through receiving the mark. But that’s a separate activity apart from the TV-watching. Further on, the Scriptures do show the relationship more directly: “He deceived them that had received the mark of the beast, and them that worshiped his image.” (Revelation 19:20. Also, 14:9,11, 16:2, 20:4)

These verses are the abbreviated version of the detailed, nuts-and-bolts description in Revelation 13 – a description that reveals no direct, obvious connection between worshiping the image and receiving the mark. . . because they are, after all, separate activities.

Appendix 7: Rise of the Computer State

To clarify this point about modern surveillance, here are some helpful remarks from a famous newscaster, Walter Cronkite, someone who had a good firsthand knowledge about the shifting trends of recent history.

“In 1948 George Orwell wrote what turned out to be his final work, the classic 1984. It drew a picture of a chilling future… The state was all and to serve it, loyally and unthinkingly, its citizens had been divested of all pretense of privacy, and hence liberty… Thought police monitored behavior patterns to detect possibly deviant attitudes. Sophisticated listening devices tuned in to the most intimate conversation.
“And perhaps the most effective means of control was the two-way television set that looked into every office, factory or home. The individual was never free from the surveillance of the security forces.
“And yet Orwell, with his vivid imagination, was unable to foresee the actual shape of the threat that would exist in 1984. It turns out to be the ubiquitous computer and its auxiliary communication networks. Without the malign intent of any government system or would-be dictator, our privacy is being invaded, and more and more of the experiences which should be solely our own are finding their way into electronic files that the curious can scrutinize at the punch of a button.
“If – or is it when? – these computers are permitted to talk to one another, when they are interlinked, they can spew out a roomful of data on each of us that will leave us naked before whoever gains access to the information.”
(“Forward” by Walter Cronkite to The Rise of the Computer State by David Burnham, 1983)

What we have now in the way of information-gathering far surpasses anything that was developed in ancient times, or even in recent modern times (Hitler’s gestapo, or KGB informers and their electronic bugs). The latest computer surveillance systems have turned out to be the equivalent of George Orwell’s “thought police” and “two-way TVs”; or the equivalent, in ancient times, of Nebuchadnezzar’s guards watching to see who would refuse to bow before his idol. (Daniel 3) 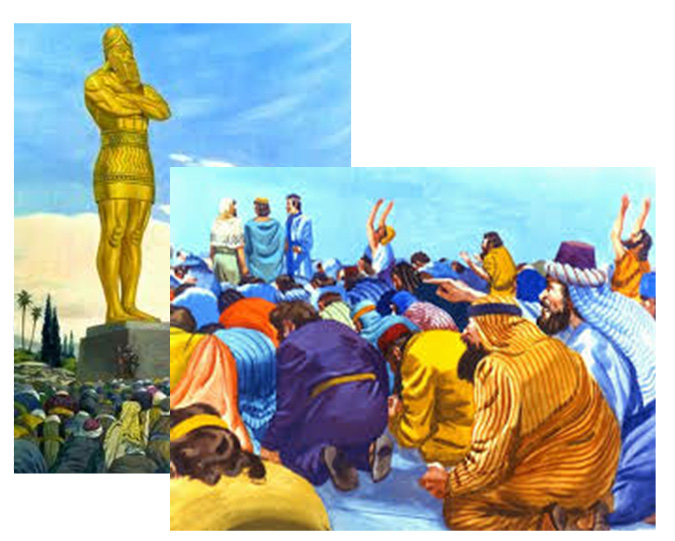 Besides widespread coverage, modern computer surveillance also has the advantage of giving people the illusion that they’re still free because it can get around some of the more obvious aspects of a “Big-Brother-is-watching-you” type of system. It does this in rather subtle fashion through its ability to stay out of sight and out of mind while it is busy monitoring our pocketbooks, our movements, and other aspects of our daily lives.