Part 1: THE WORLD OF PREHISTORY

1-A: Unusual Creatures and Environment
1-B: What about Human Beings in the Age of Prehistory?
1-C: Origin of the Prehistoric Environment and Cause of its Disappearance


1-A: Unusual Creatures and Environment 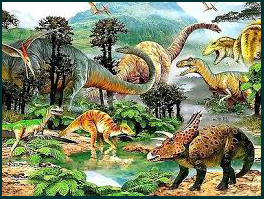 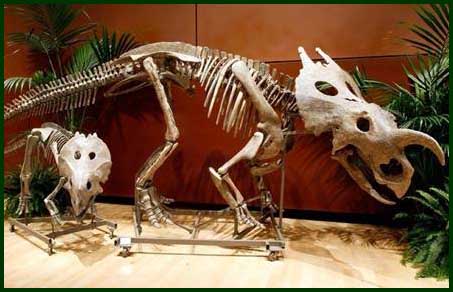 A pair of Ceratopsian dinosaur fossils (dubbed Ben, a juvenile, and Xenia) provide “clues” to their appearance.

Well known in the domain of science is the fact that our world was a very different place back in some distant prehistoric age. The discoveries of paleontologists, geologists, archeologists have attested over and over again to this intriguing reality about Earth’s history. The climate, surface features, plants and animals, and human beings were all much different to what they are today.

Large Size of Plants and Animals 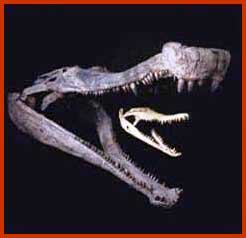 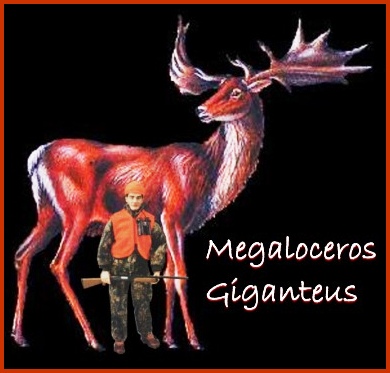 Crocodile and Deer Huge Compared to Those of Our Present Environment 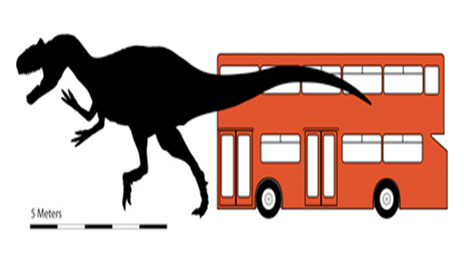 Dinosaurs the Size of Double-decker Buses: In fact, Argentinosaurus (below) would have been 3-4 times the length of a Volvo bus 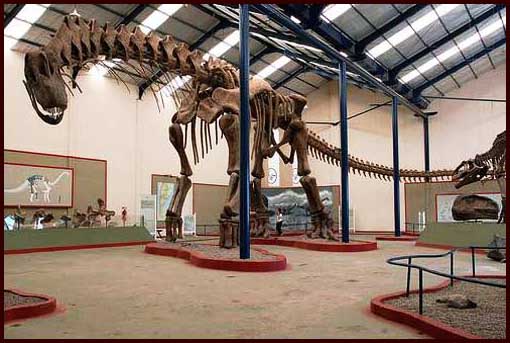 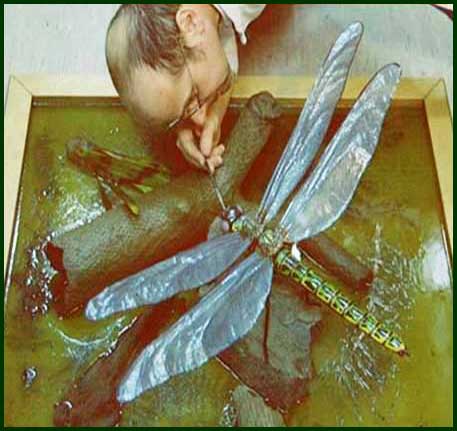 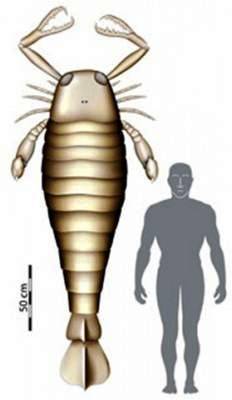 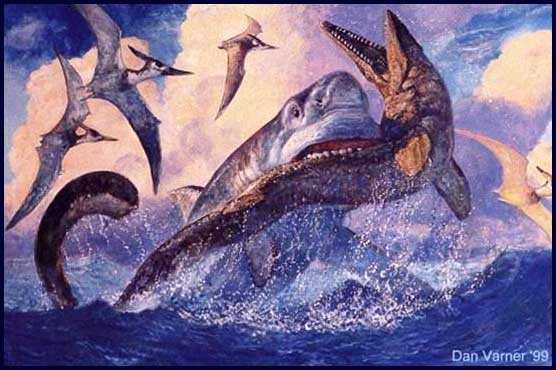 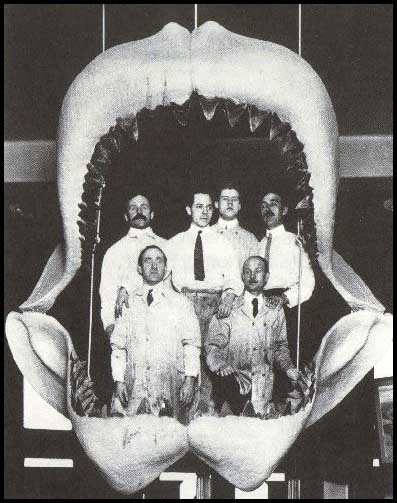 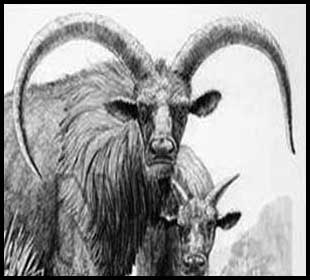 As in the Animal Kingdom, the Plant Kingdom too was Much Larger in Size 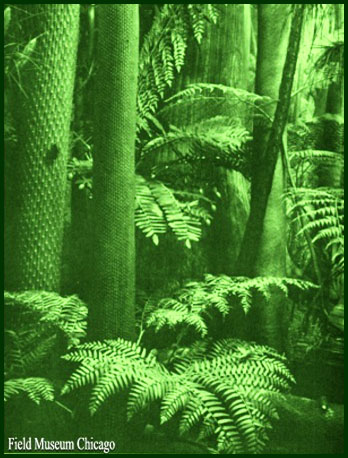 Besides their large size, many of these creatures were peculiar in other ways… 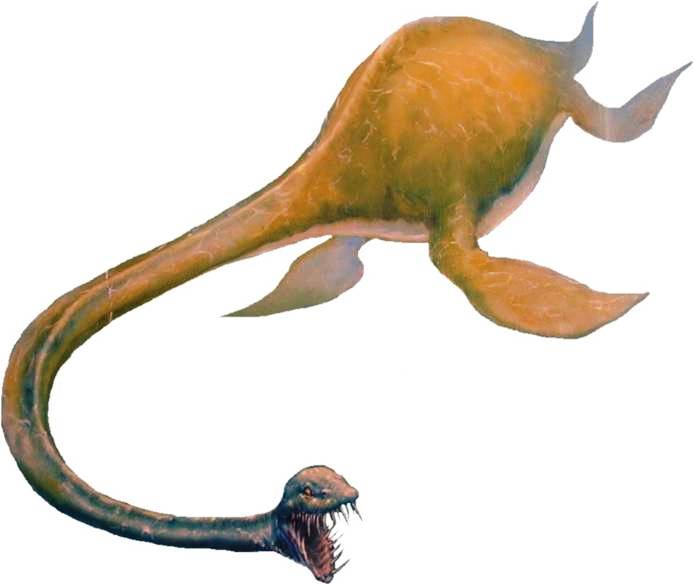 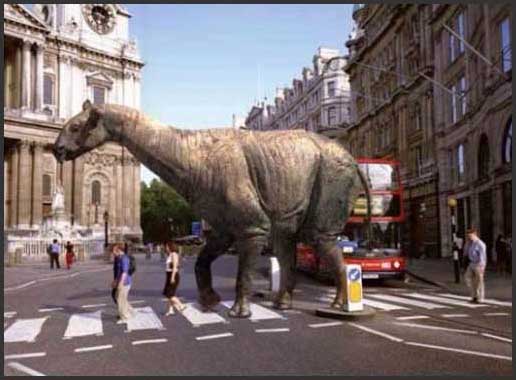 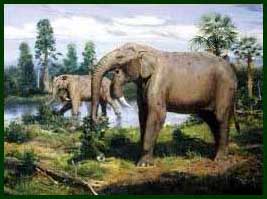 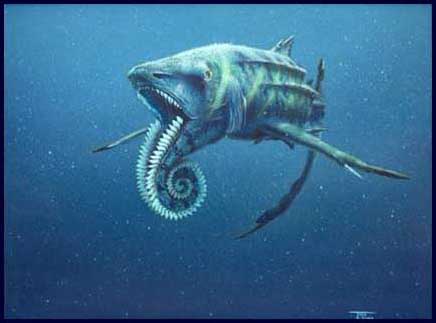 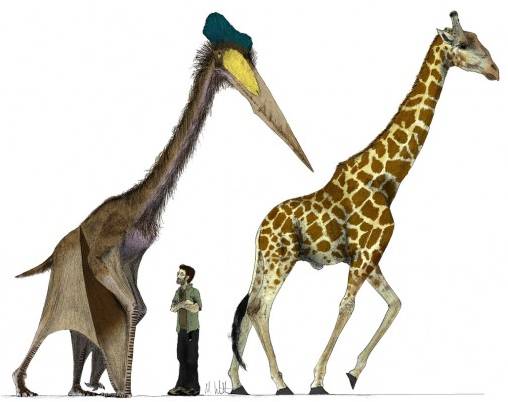 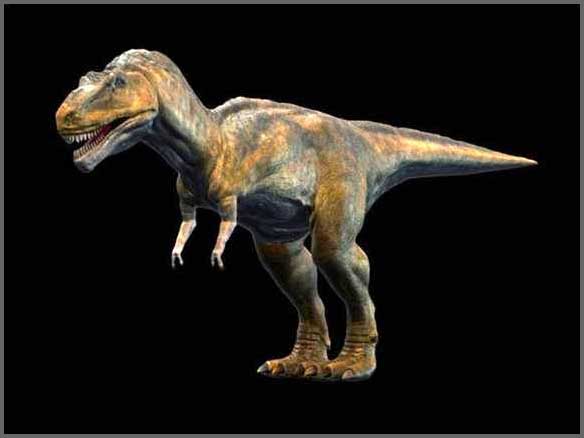 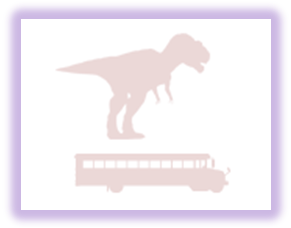 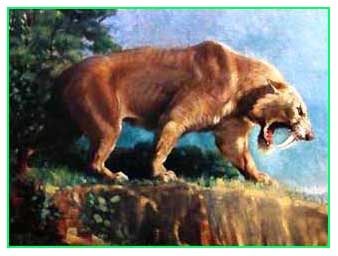 The classic interpretation of a sabertooth cat, a 1905 painting by Charles R. Knight in the American Museum of Natural History in New York City.

“The remains of gigantic animals have been found, including sheep the size of present-day cart horses, hogs with tusks like elephants have been dug out of an ancient gorge at Olduvai in East Africa. Two giant human teeth have also been found.”
“Dr. Leakey has found the complete skeleton of a Pleistocene sheep with a horn-span of fourteen feet. He also unearthed wild hogs the size of a rhinoceros with elephant sized tusks. He has found a giant sized giraffe, baboons as big as modern gorillas, massive zebras and antelopes.” 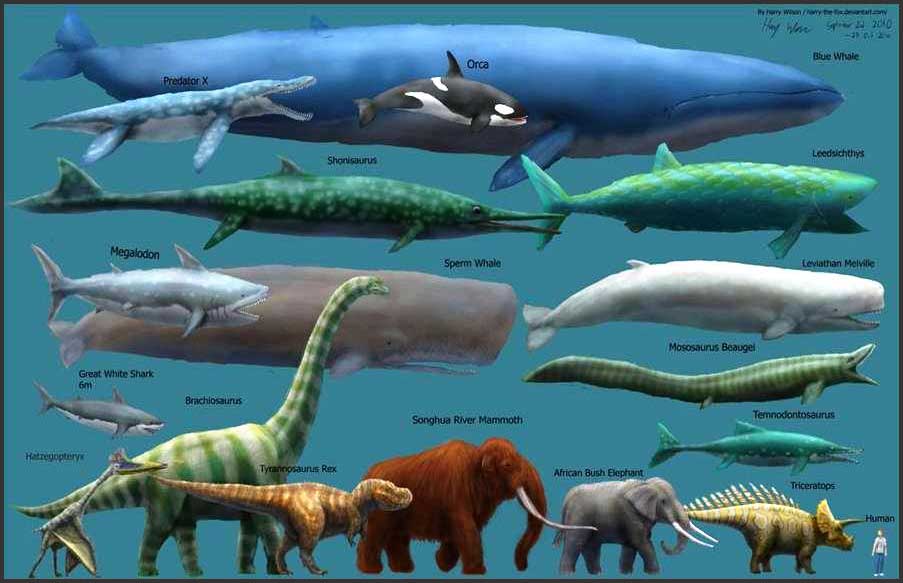 Size comparison of prehistoric and present animals. Note the blue whale, not as long as Argentinosaurus, yet the most massive creature on earth. Does not have to support itself on legs; the ocean takes care of that.

Warm Climate all over the Earth !

Somehow the environment in that Prehistoric Age was so invigorating that it could support the growth of these enormously sized plants and animals, and so widespread too that fertile conditions existed everywhere, even in parts of the world that today are barren, such as in the Polar regions or desert areas. 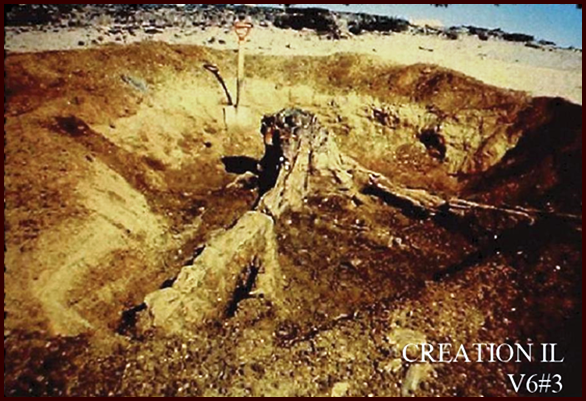 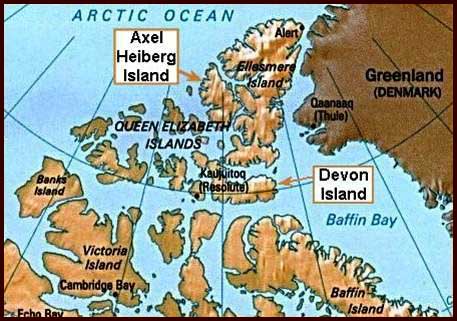 The fossil forest of dawn redwoods (above) at Axel Heiburg Island in Northern Canada provides graphic evidence that these trees that exist now in mid-latitude areas once flourished in what are now barren, Polar regions. Even dinosaur fossils have been found in these northern areas. 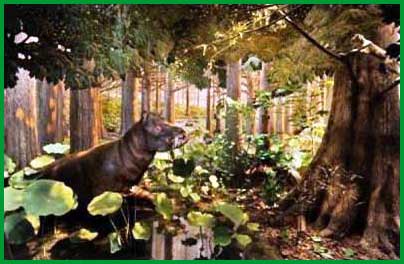 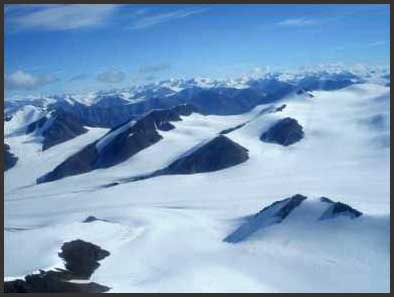 (Left) Here’s a look at the warmer, wetter world of Ellesmere Island, in the Prehistoric Age: A hippo-like mammal, called a Coryphodon, enjoys mild temperatures, year-round. (Courtesy of the American Museum of Natural History) Notice the contrast with what Ellesmere Island looks like today. (Right)

Continue to 1-B: What about Mankind in the Age of Prehistory?

Fall of the Great Harlot (Appendix 4)