2-A: Is There Scientific Evidence of a Great Flood? 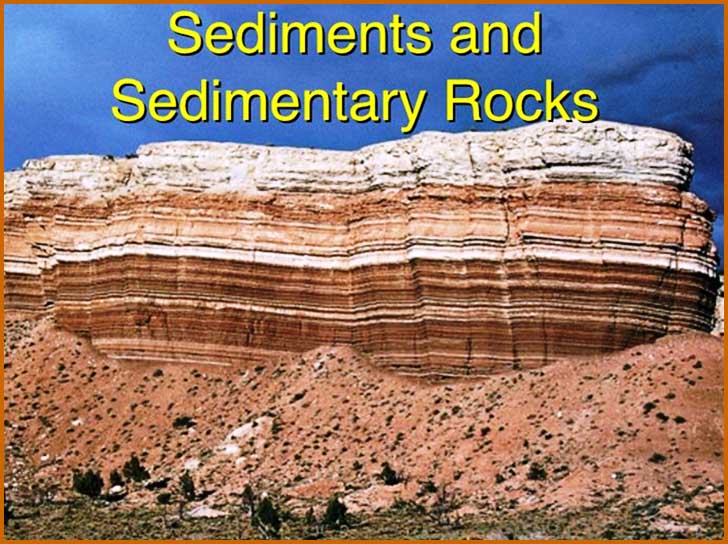 Nice, neat layers of rock formed through the action of the Flood waters on the Earth’s primeval soil. Such a formation, without any signs of plant growth or erosion between layers, could not possibly have come about by successive laying down of sediments with layers separated by thousands, or hundreds of thousands of years.

Sedimentary rock strata exist all over the surface of the earth and were formed by water action. Water, especially in floods, washes away loose soil and dirt, dissolved chemicals, and sometimes even boulder-sized fragments. These are called sediments. Often they’re mixed with remains of living organisms (which can turn into fossils later on). 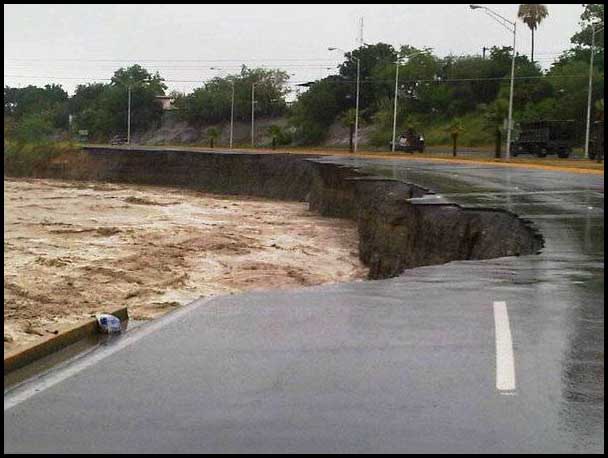 If modern floods can cause so much erosion, think how much took place during the great worldwide Flood of old

The waters carry the sediments off and dump them elsewhere. As time goes on, the soft, muddy sediments harden and may end up looking like the rock layers in these pictures. 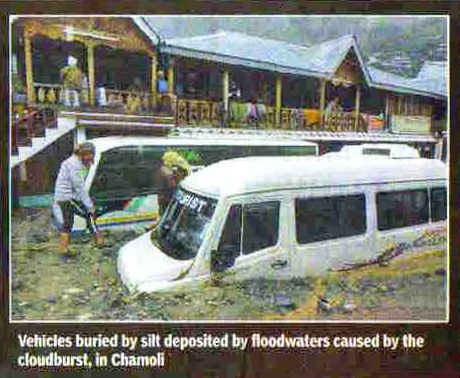 This much sediment from a flood in Himachal Pradesh, India – June, 2013

To understand what happens in this sedimentation process, just  scoop up some dirt from the backyard and place it in a glass jar; add some water, swish it around, and watch the dirt settle into nice, neat layers. Now just imagine the same thing happening on a huge, gigantic scale. The rampaging waters created by such a great Flood would tear off the soil (and vegetation) and re-settle it into nice, even layers.

A similar thing can happen with tidal action; incoming tides deposit layer after layer of sand and silt. Sometimes you can see this sort of layered formation on the beach after a monsoon season. It may also happen in some cases by the action of repeated flooding.

The kind of sedimentary rock formations that we commonly see in the earth today were not the result of several local floods or tides taking place over millions of years of time. They were formed quickly during the cataclysm of the Great Flood.

Long-term, gradual processes cannot explain how the rock strata are laid out so evenly without any signs of erosion or plant growth between the layers. The sheer size of the rock layers, and their existence in every corner of the earth, provide telltale signs of the enormous scale of the flooding that occurred, something that could only be characteristic of a worldwide flood. 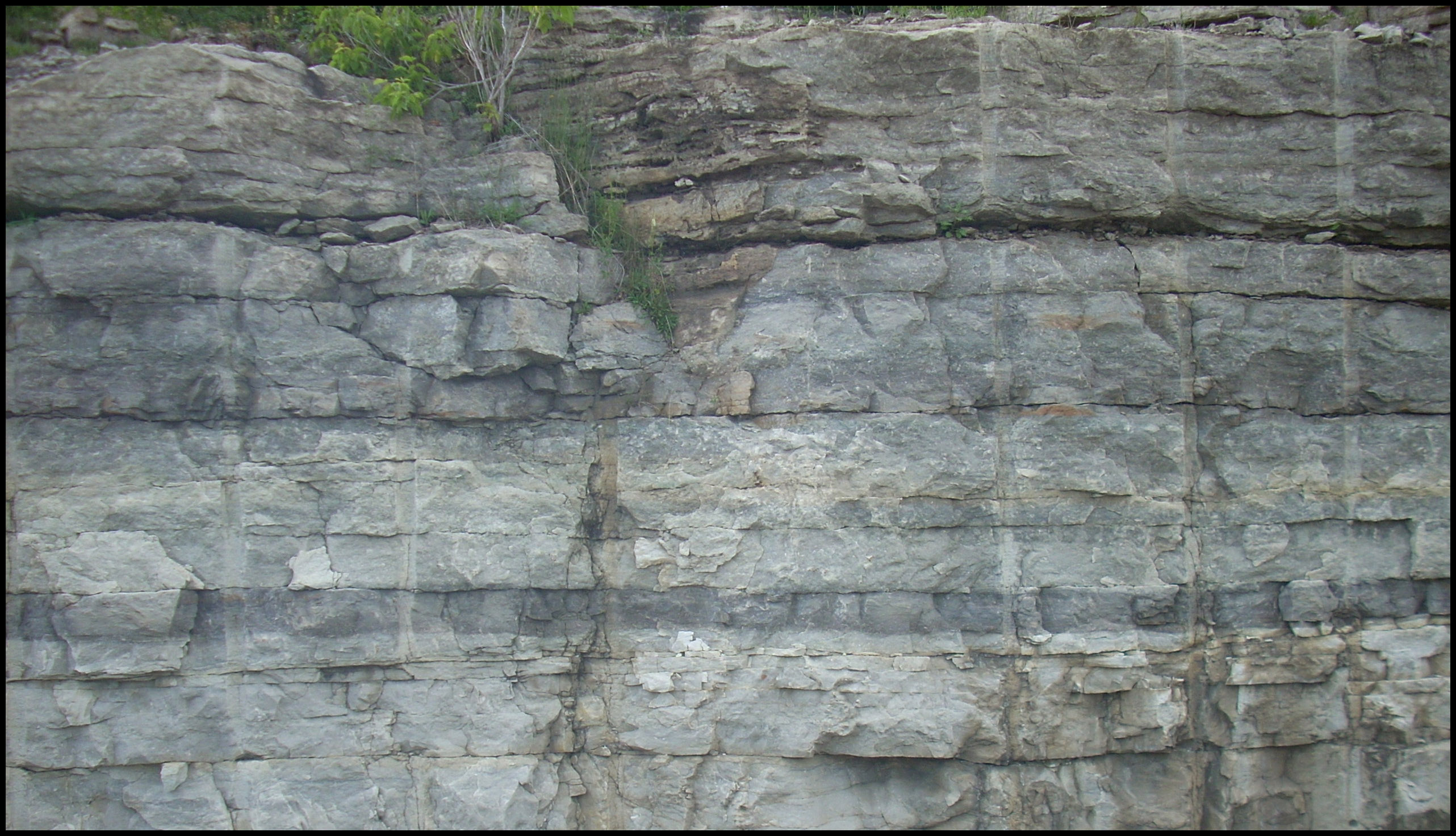 Boundaries between layers are clean. No signs of erosion or plant growth.

This was an event well known to those who dwelt in ancient times. But unfortunately, our modern society has all but forgotten this grand and sacred heritage that was passed down to us through the ages… and having abandoned that heritage, the academic and scientific world has been left to grope around in vain with unsatisfactory, and for the most part imaginary, theories about our origins. 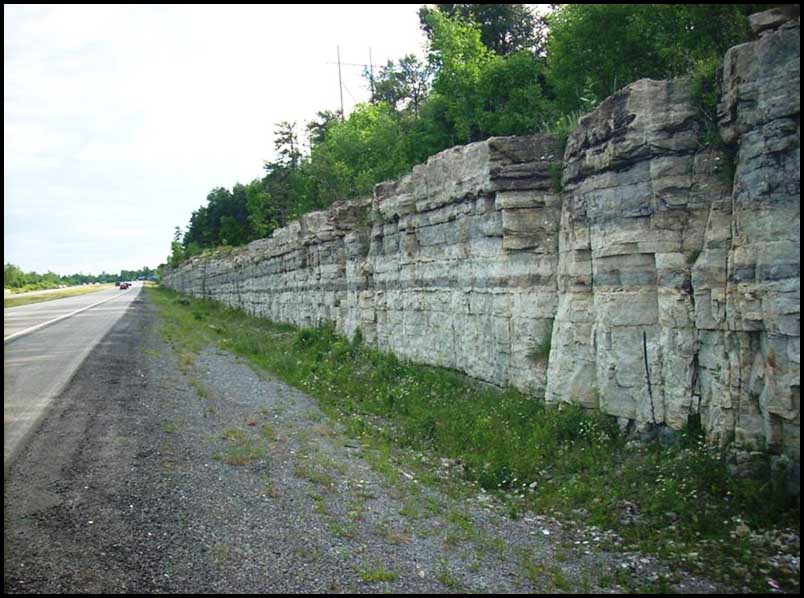 Sedimentary rocks are found everywhere in the earth, which clues us in to how widespread the Flood was. We’ve all seen them; anytime you take a drive in the countryside you may notice these layered rocks, especially in roadbeds that have been cut through hilly terrain. Have you ever wondered , how did these rock strata get there? So remember, next time you see them, that you are actually viewing evidence of the Great Flood that once swept over the earth.


2) Fossil Evidence of the Great Flood 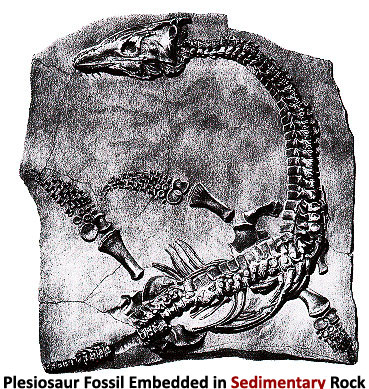 geological history. Normally, when an animal dies, its soft tissue quickly disappears and eventually, even its bones disintegrate if left exposed to the elements. So, in order for fossilization to occur, the following unusual conditions must be present:

Only by means of catastrophic disturbance, such as happened during the Great Flood, could these animals’ remains have been buried quickly enough to have caused them to become preserved in fossil form. And where are most fossils found? In sedimentary (water-formed) rocks.

Conclusion: That answers the question of what happened to cause the extinction of the prehistoric animals: they perished in the Great Flood.

One may wonder, how could Noah and the ark have survived such conditions? Well, certainly if the Almighty had the power to bring on the Flood, then it would have been a small matter for Him to protect the ark from some of the dangers that were abounding during that tumultuous year of the Flood.

In Sioux county, Nebraska, on the south side of the Niobrara River, in Agate Springs Quarry, is a fossil bearing deposit… The state of the bones indicate a long and violent transportation before they reached their final resting place. “…The fossils are in such remarkable profusion, in places, as to form a veritable pavement of interlacing bones, very few of which are in their natural articulation with one another,” says R.S. Lull, director of the Peabody Museum at Yale, in his book on fossils. 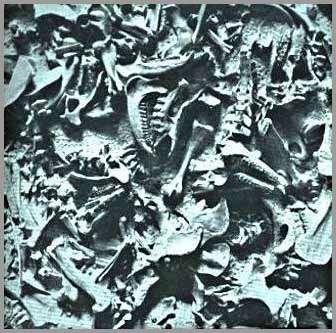 The profusion of bones in Agate Springs Quarry may be judged by a single block [see picture above] now in the American Museum of Natural History in New York; this block contains about a hundred bones to the square foot. There is no way of explaining an aggregation of fossils as a natural death retreat of animals of various genera.

The animals found were mammals. The most numerous was the small twin horned rhinoceros (Diceratherium). There was another extinct animal (Moropus) with a head not unlike that of a horse but with heavy legs and claws like that of a carnivorous animal. And bones of a giant swine that stood six feet high (Dinohyus hollandi) were also unearthed.

The Carnegie Museum, which likewise excavated in Agate Spring Quarry, in a space of 1350 square feet found 164,000 bones or about 820 skeletons. A mammal skeleton averages 200 bones. This area represents only one-twentieth of the fossil bed in the quarry, suggesting to Lull that the entire area would yield about 16,400 skeletons of the twin-horned rhinoceros, 500 skeletons of the clawed horse, and 100 skeletons of the giant swine.

A few miles to the east, in another quarry were found skeletons of an animal which, because of its similarity to two extant species, is called a gazelle camel (Stenomylus). A herd of these animals was destroyed in a disaster. . . the transportation was in a violent cataract of water, sand, and gravel, that left marks on the bones. Tens of thousands of animals were carried over an unknown distance, then smashed into a common grave.

The catastrophe was most likely ubiquitous [everywhere in the earth], for these animals – the small twin-horned rhinoceros, clawed horse, giant swine, and gazelle camel – did not survive, but became extinct. . . . the very circumstances in which they are found bespeak a violent death at the hands of the elements, not slow extinction in a process of evolution.

Fossilized tree-trunk (7.6 meters high) discovered in Germany passing through several rock-strata. Similar phenomena have been found in many other places in the world.

In this open-cast mine in Germany several tree trunks had been fossilized. The trees pass through twenty feet and more of different sedimentary rock layers. Some places have trees fallen over, some at an angle, some straight up, all fossilized and extending through several layers of “strata” that, according to evolutionary geology, took millions of years to lay down. But the clear-cut evidence tells us that the sediment was deposited rapidly, as in a great flood. Otherwise we would have to believe that a dead tree stood for millions of years in the same place, exposed to the elements, and yet never rotted away while layers of sediment/rock strata were building up around it.

The sedimentary rock strata surrounding the trunks must have formed rapidly – more so because some are positioned upright. Rapid burial is one of the key conditions required in order for the process of fossilization to take place. So it makes much more sense to understand that these layers of sediment resulted from the turbulent action of the Great Flood waters upon the earth’s original surface. In crime-solving, whenever new “evidence” comes up, a sharp detective will, if he hopes to solve the mystery, revise his conclusions rather than rely on old theories that don’t properly account for the facts.

And what about the layers of Diatoms found in the ocean floors? These are microscopic life forms 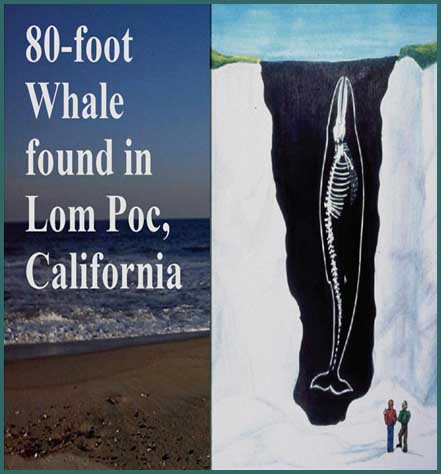 (planktonic algae) that accumulate on the floor of bodies of water and are said to accumulate at the slow rate of one inch per 1,000 years as they die and float to the bottom. They use this accumulation to determine the age of things found according to the present rate of diatom accumulation. During the Flood, however, it was a very different story. In the interesting example here, an 80 foot whale was found standing on its tail completely surrounded by Diatom layers. A whale stood on its tail for millions of years while Diatoms died and built up around it? No. The waters of the Great Flood simply accelerated the rate of diatom accumulation by burying the whale quickly under a massive mixture of sediment and diatoms. 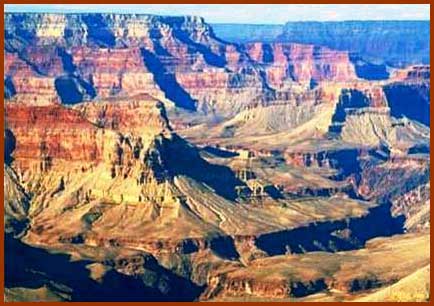 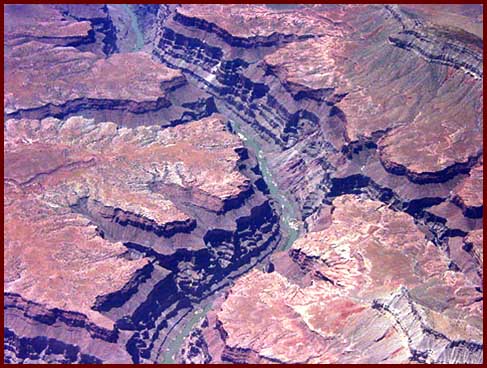 In the normal course of natural history, rivers can meander (make big loops) on broad, flat plains. The banks of the river are soft, and so the river can weave its way sideways quite a bit, but not downwards because of the solid bedrock underneath.

In this case however, the Colorado River not only cut sideways but also in a downwards direction to form the Grand Canyon. Why? At the tail end of the Flood, God caused great upheavals in the ocean floor (so that there would be some land surface again). During the resulting water runoff, great rivers were able to gouge deep gorges quickly into the soft, newly-laid sediments (as well as cut sideways). 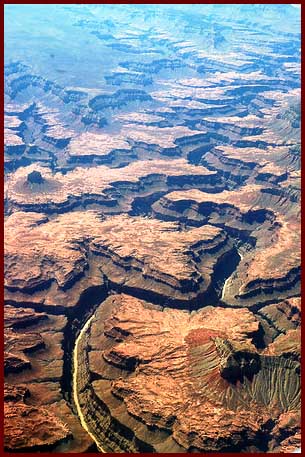 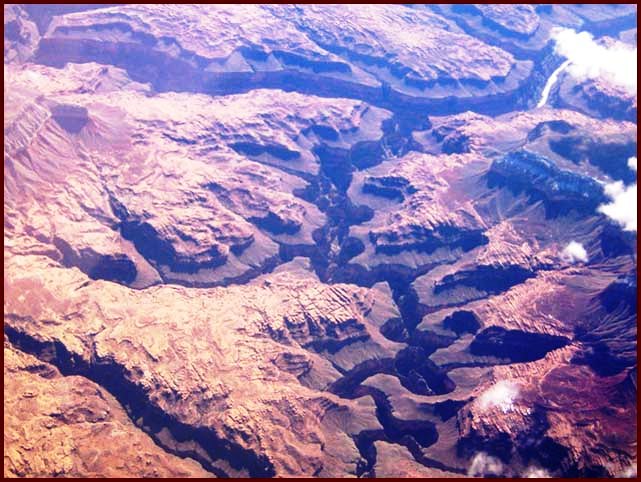 You can easily see the same thing (in miniature) on the beach after a storm or succession of high tides. Or even after a heavy rainstorm, go somewhere where there is soft mud or soil and where the rainwater has had to drain off through it, and you will probably see the Grand Canyon there in miniature. You don’t have to be a geologist to know how the Grand Canyon was formed. In fact, maybe it’s better if you aren’t. 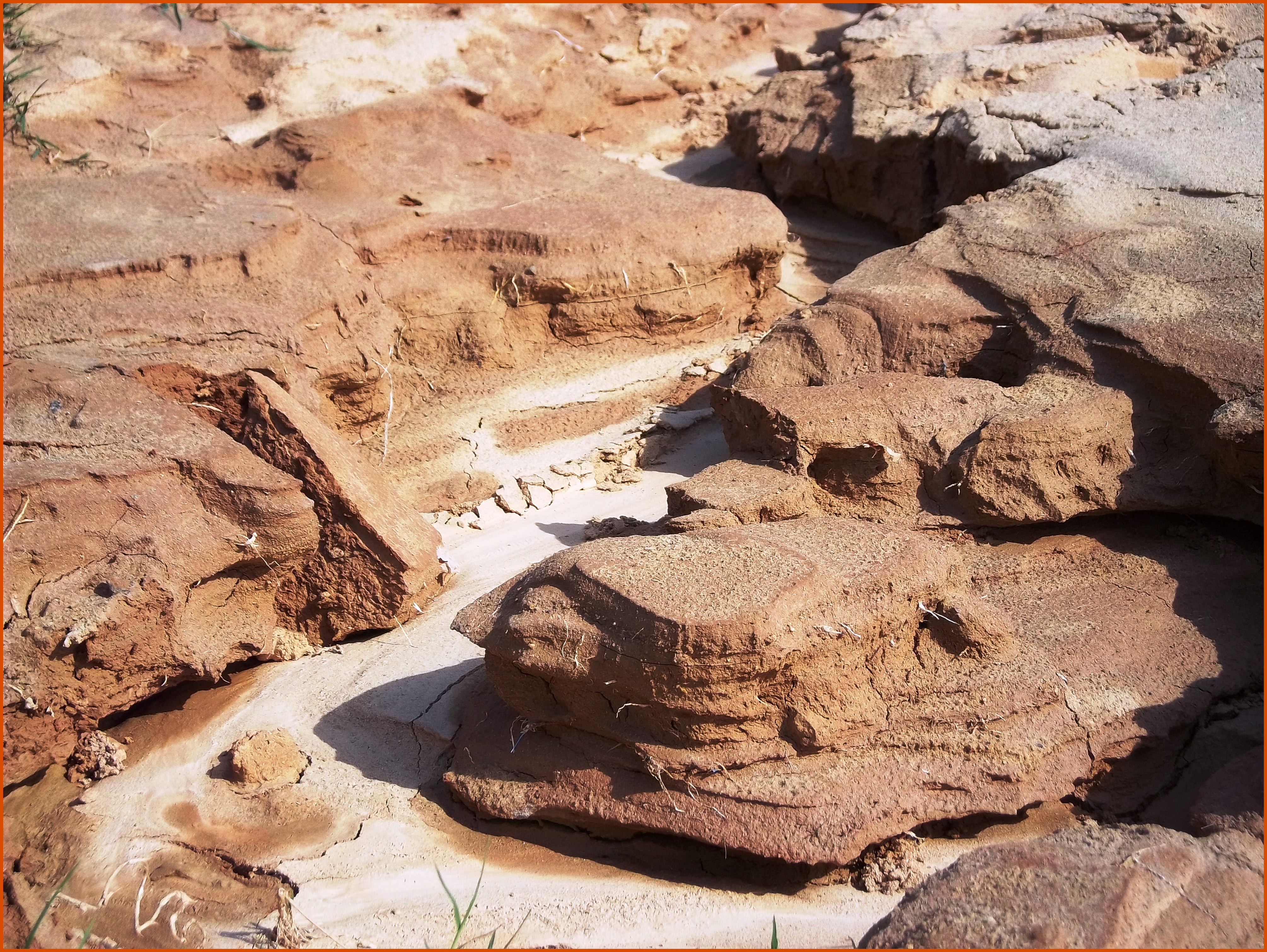 Mini-Canyons Gouged Out by Rainwater Runoff 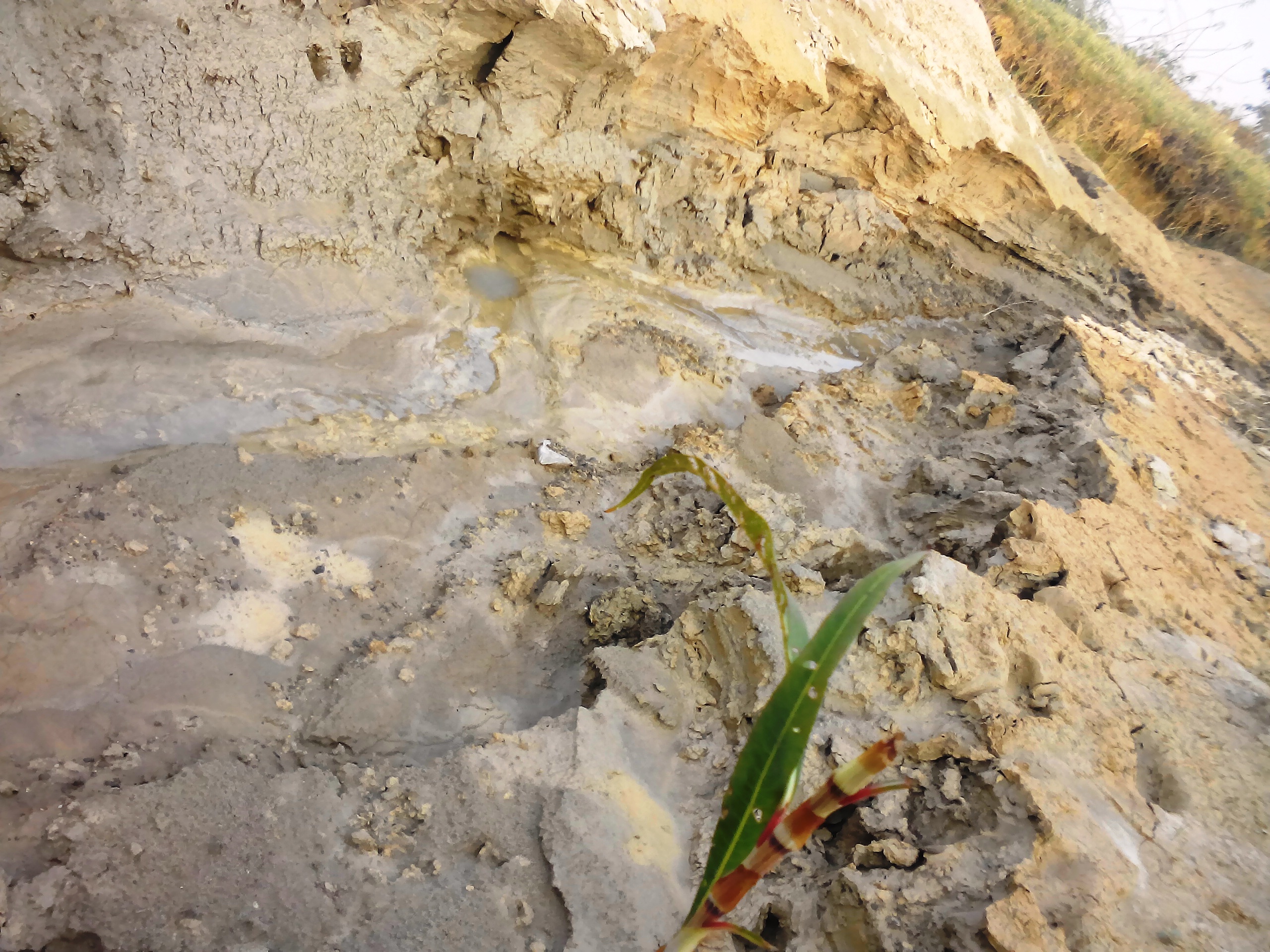 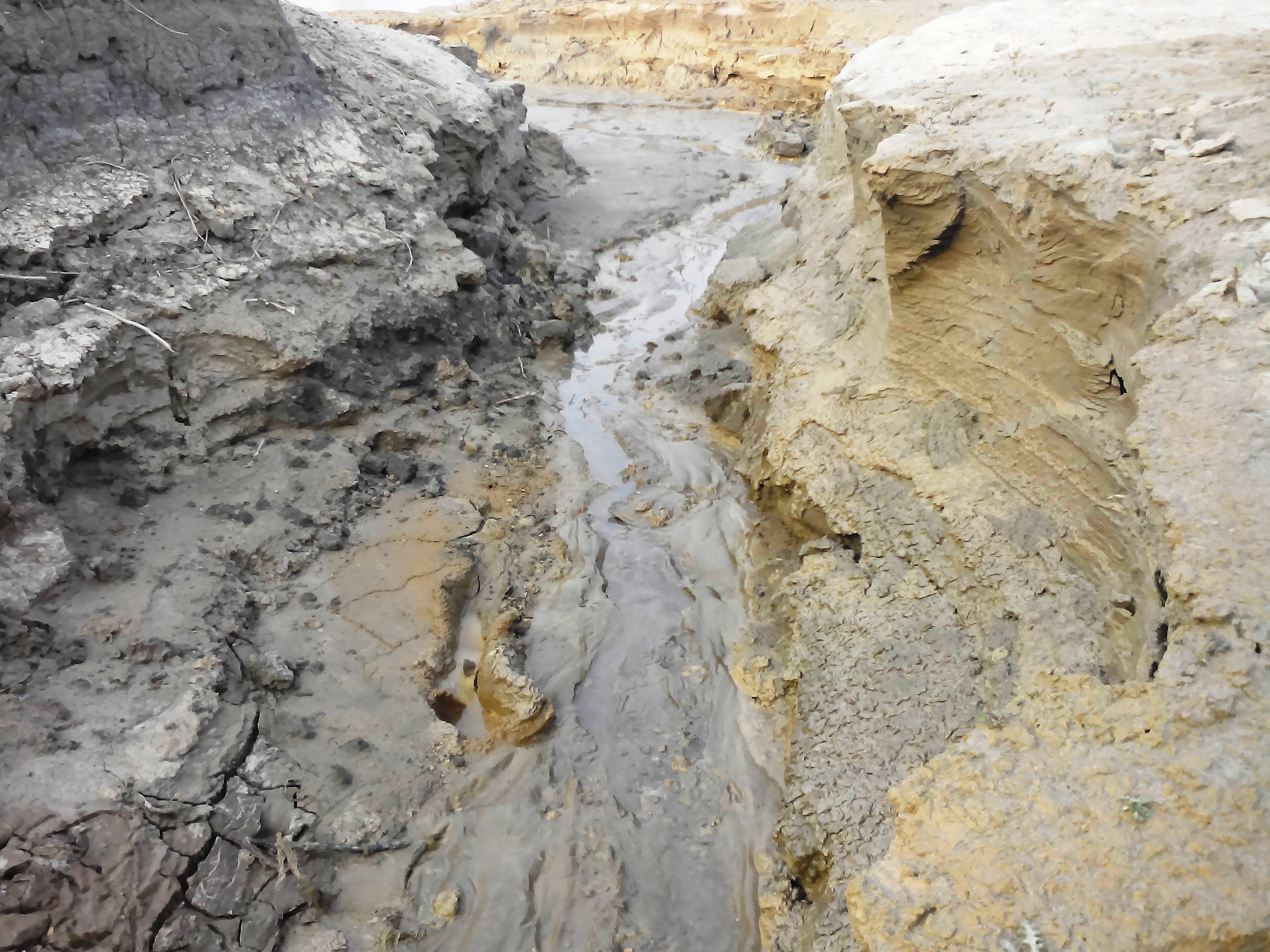 From what we’ve seen so for, there is much concrete evidence in favor of the belief that there was a great cataclysm in Earth’s past, which is known to us as the Great Flood. The evidence we’ve seen pokes gaping holes into the theory that Earth’s geologic history has been inching along millions of years without anything much happening – the occasional earthquake, local flood, or volcanic eruption, yes, but surely nothing as colossal as a great worldwide Flood. But as we’ve seen, the facts speak for themselves, and speak very loudly too, that a great global catastrophe, the Great Flood, did indeed occur.

The rocks and fossils are screaming at us,

“The earth experienced a Great Flood in the past!”

Continued in 2B: Skepticism in Modern Science