1 – Introduction
2 – Instantaneous Creation
3 – Recent Creation
4 – Starlight, Star Distances, and the Speed of Light
5 – Genesis Is Scientific
6 – Creation versus Gradual Evolution Debate: a Summary
7 – Naturalism versus Super-Naturalism
8 – Big Bang Theory
9 – Astronomy and Academia
10 – Astrology: Earth at the Center of the Universe?
11 – Life on Other Worlds? And Conclusion
Appendix 1: Outline of the Days of Creation
Appendix 2: Scientists’ Opinions on Big Bang Theory

Having stated in the previous post that Genesis 1 is a sort of scientific document, it will help then to take a closer look at it from the scientific point of view. Let us start then with the concept of instantaneous creation.

Modern science knows full well about the utter complexity of even the tiniest living cell and what is known as the principle of “irreducible complexity” (but is reluctant to promote it). A useful analogy might be to imagine assembling the parts needed to build an automobile. Without a knowledgeable mechanic to do it, there is no possibility that it could ever happen. The various parts have to be put together before the car can work. 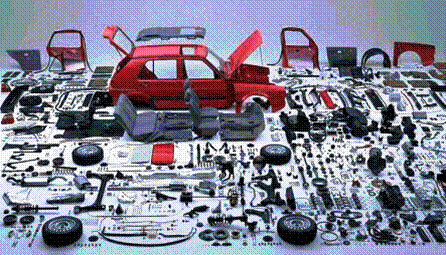 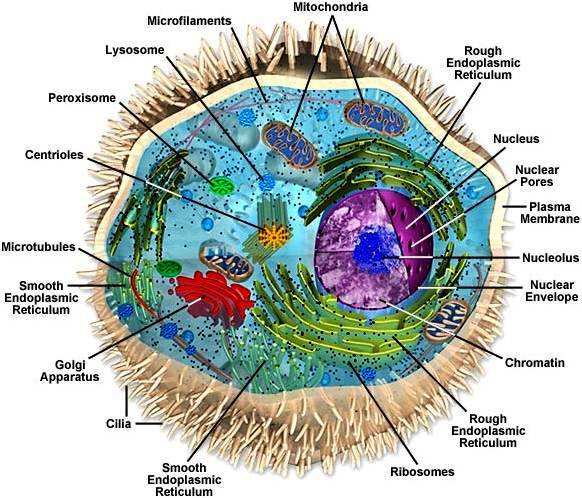 Can life emerge from non-living substances? In Darwin’s day that  may have seemed plausible when the cell was thought to be nothing more than a blob of jelly.

A living cell is just as complex as a car. Without an Assembler, those amino acids could not even form proteins, DNA, etc., much less produce a living cell. All living organisms are “irreducibly complex”. That is, several different parts have to be working simultaneously right from the start before the organism is able to work at all. There is no room for an evolutionary process from simple to complex. Every organism has to start off as “complex”.

“The common notion that life originated in an RNA to DNA to life sequence is simplistic. Each of the RNA, DNA, and protein molecules requires the existence of the other two to put it together or to help it work.” (from God’s Undertaker, pgs 143-144, by John Lennox)

In addition, modern science has to admit that what it knows about DNA genetics points straight to the handiwork of a supernatural Creator. The DNA codes built into the cells of living organisms convey information to regulate their various functions and growth. And where there is information, there must be an intelligent author to put it together. This sort of thing cannot happen by a random process or by accident.

Imagine, for example, trying to write a news story by dropping Scrabble letters on a table and hoping that eventually they will end up arranged into sentences. Nothing will happen, of course, until you, not the Scrabble pieces, purposefully arrange the letters into something that makes sense. And in the case of living organisms, there has to be a supernatural Being, a Creator, existing beyond the bounds of the natural world, to arrange the DNA structures so that they can convey information to organisms as they grow and function. (See Post 4D.)

Conclusion: What modern science has uncovered in recent times points to two important features about the world of living organisms:

From the scientific point of view, it is more rational to understand that we are beings created in fully functioning form by that Supernatural Being whom we call God.

If this is the case – and there is plenty of scientific evidence in support of it – then what is the difficulty in understanding the origin of the entire natural world as God’s handiwork? If the most complicated thing imaginable – a living complex organism, the human being with attributes similar to God’s – could not have evolved, but could only have come into being as the direct creation of God, then why not the same for the rest of the natural world of plants and animals?

The fact that the universe is so immensely vast tends to boggle our limited, finite minds. But God is infinite, a Being far beyond what our minds could ever hope to fathom. So size is not an issue for Him. And it shouldn’t seem impossible that the Almighty had the capacity to create the whole thing, the entire universe, and do so in a short period of time.

Imagine some kind of all-purpose camera, having telescopic, microscopic, wide-angle, x-ray capabilities. All these different perspectives would be incorporated in how God sees things. Compared to the universe, we are “microscopic”, but God doesn’t see us that way. To Him we are a fascinating world of activity, relationships, and potential communion with Him that He is passionate about.

To create stars and distant galaxies is nothing compared to the far more difficult job of creating living organisms, especially those who are thinking, self-aware organisms, with our great complex of myriad functions and capabilities: thought, self-awareness, historical memory, creative capacity, will and choice. From God’s perspective, the creation of the universe was a simple affair, compared to the creation of living beings.

We might compare the natural world to a stage show or animated production. There is always the backdrop setting, and although that aspect of the production is much larger in size, it usually takes less work to construct or put together. But it is the characters, and what is happening on the stage, that takes the most work and is always the main focus of attention.

Or we could compare the natural world, our environment, to how building construction is done. When someone builds a house, it may take a year, which is a short time compared to how long that person and their descendants will live in it. The natural world also is like a “house” – the environment that the Creator made for us to dwell in. Like our earthly houses, it did not take Him a long time to do it; His building methods and tools were not natural processes, but supernatural. So our “house” (the natural environment) was built, and now we live in this beautiful home of planet Earth that He created for us.

And speaking of supernatural processes, here is another helpful analogy: when a programmer designs some computer software, it takes considerable effort and time to prepare; once it is completed and installed, all that’s needed is to switch it on, and poof! There it is on the screen. The actual execution is instantaneous. The behind-the-scenes labor to create the program, however, takes a lot of effort and “time”. But in the case of the creation of the natural world, all that behind-the-scenes labor, the preparation, took place beyond our dimensions of time and space.

And isn’t this how God created us to be also? If we were created in His image, then we must possess some of His attributes, one of which is the desire and ability to create. (Genesis 1:26,27; 5:1; 9:6) So, our inclination towards creative activity – inventions, constructions, artistic works – reflects God’s own desire and capacity to create.

We don’t know what it took for God to plan the natural world; that is not revealed to us. It helps to remember, though, that in God’s dimension “time” is different, far beyond what our finite minds could ever grasp or imagine. As far as we need be concerned, according to Genesis 1, it took only a brief amount of our time to execute whatever plans had been made behind the scenes in the Celestial Realm. (See the Appendix 1 Footnote: Do the “Days” of Creation Mean “Ages of Time”?.)


We know it is a simple matter to instantly activate a computer program that took someone, or a bunch of someones, hours and hours to prepare. Why then should we be surprised that God and His angelic beings were able to activate Their carefully laid plans for the natural world in the time span of only a few days? (See Appendix 1 for a brief summary of the Creation “days” of Genesis 1.)

UNRAVELING THE MYSTERY OF THE ABOMINATION – APPENDIX

Fall of the Great Harlot (Appendix 2)