5-B: Age Estimates Based on Geological Evidence

Besides radioactive dating techniques, there are other ways to measure the age of the Earth. These are known as geo-chronological indicators, and there are several… which bring to light the very real possibility of an earthly environment much younger than what we’ve usually thought. 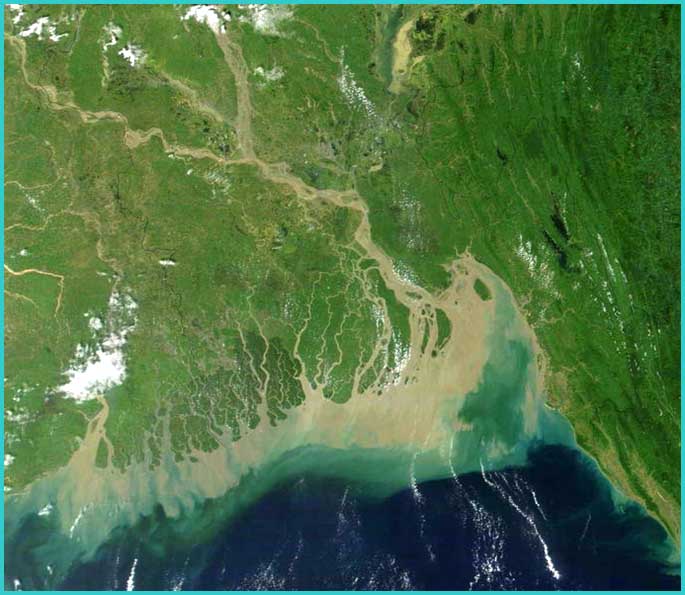 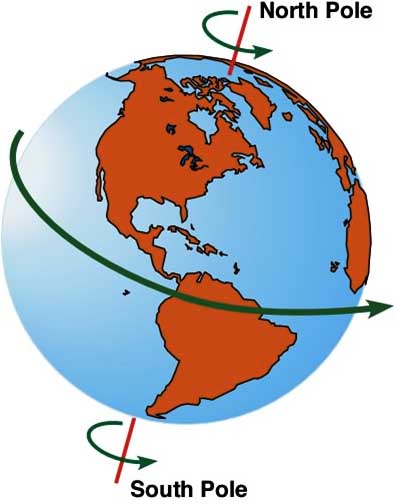 EARTH’S ROTATION IS SLOWING DOWN. You’ve heard of Leap Year but not everybody knows about Leap Second! (No joke!) Every 10 months the scientific comm
unity sets the clock back one second. (Atomic clocks are very picky!) The Earth is presently spinning at a speed of 1,046.6 miles per hour at the equator. If the Earth is slowing down, that means it used to be going …FASTER! There are 31,557,600 seconds in a year, so if the Earth is only a few thousand years old, that’s no problem. But 4.5 billion years old? At 30 million years ago the Earth would have been spinning at the rate of one revolution per second. The sun would flash across the sky every second. If we believe what Evolution teaches, that the Dinosaurs went extinct around 70 million years ago… they didn’t die off, they were flung off into outer space! 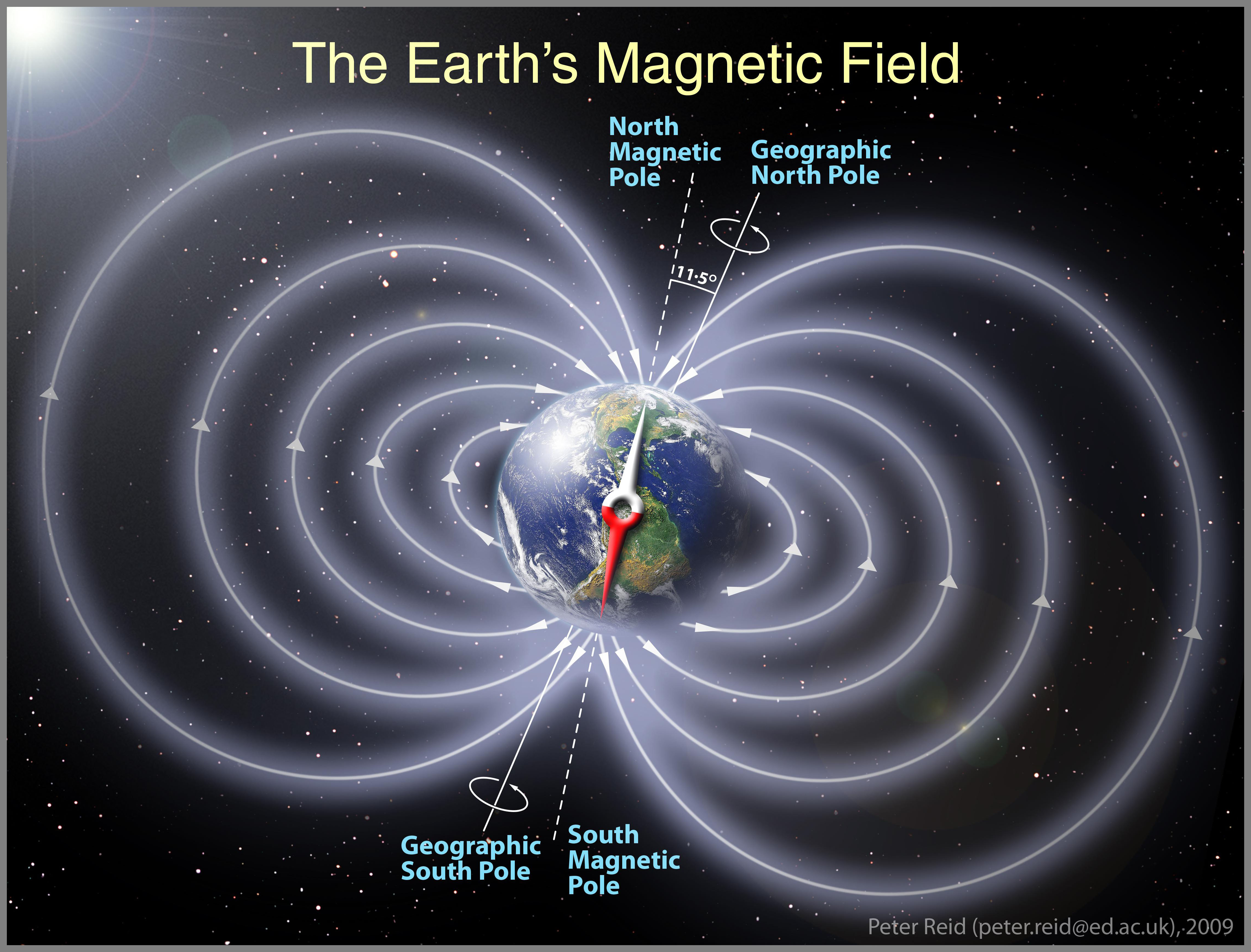 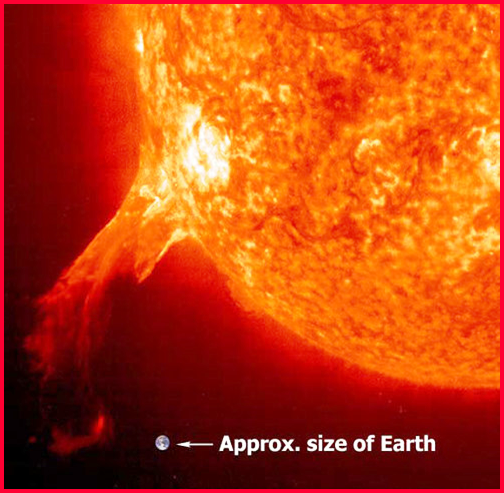 o   The faint young Sun paradox or problem describes the apparent contradiction between observations of liquid water early in Earth’s history and the astrophysical expectation that the Sun’s’s output would be only 70 percent as intense during that epoch as it is during the modern epoch. The issue was raised by astronomers Carl Sagan and George Mullen in 1972. (Science magazine, Volume 177:52-56, 4 Aug 1972) Explanations of this paradox have taken into account greenhouse effects, astrophysical influences, or a combination of the two. (WIKIPEDIA: “Faint Young Sun Paradox”)

o   In layman’s terms: The Sun’s power comes from the fusion of hydrogen into helium deep in the Sun’s core. As this happens, it should change the composition of the Sun’s core, gradually increasing the Sun’s temperature… which means the Sun would have been colder in the past. At 3½ billion years ago, the Sun would have been 25% less bright than it is today, and Earth’s temperature would be below freezing. The fossil record shows plainly that Earth was warmer in prehistoric times. That is a problem if we believe Earth’s environment is millions or billions of years old. No problem, though, if we understand it to be only a few thousand years old. 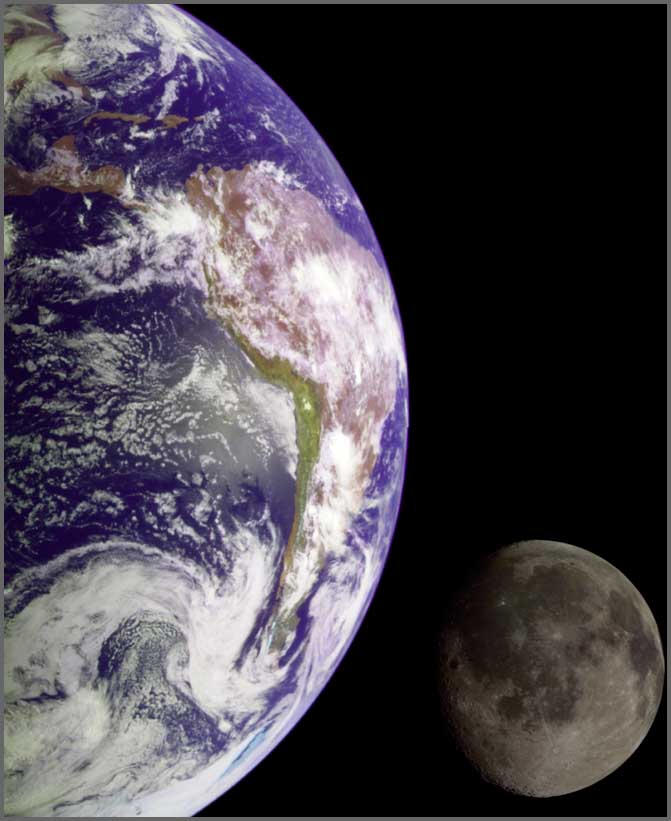 These are separate images combined in this photo. They were taken by the Galileo spacecraft in 1992 as it went on its way to Jupiter. 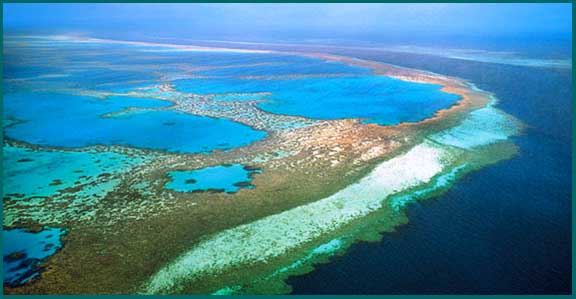 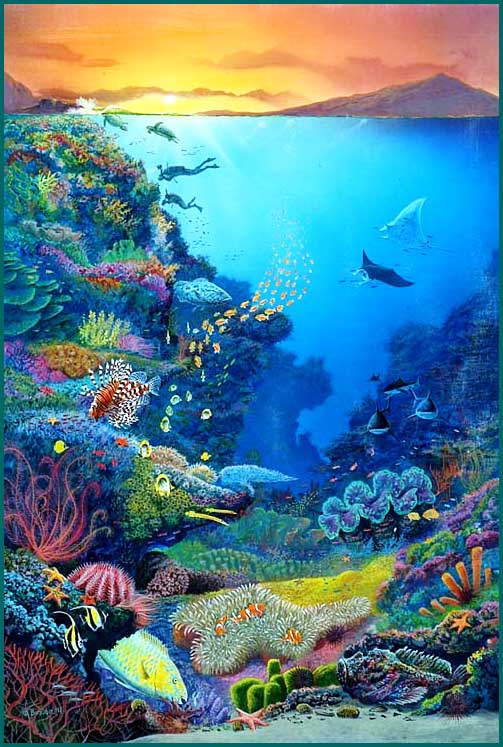 Great Barrier Reef: off the east coast of Australia 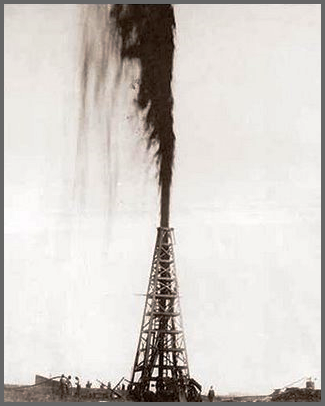 (L) 350-ft. Baku oil gusher on the border of Romany Lake, Azherbaijan (R) Spindletop gusher, East Texas, USA. Before oil-drillers understood how to cap wells, gushers were very common. Dykes were normally made around them in order to contain the oil in a pool around the well.

UNDERGROUND OIL DEPOSITS ARE UNDER GREAT PRESSURE: 20,000 pounds per square inch! Geologists say that under such great pressure the oil should have seeped through the Earth’s crust within 10 to 15,000 years after it was formed (like air seeping out of a tire). They can’t understand why it hasn’t de-pressurized yet! If the Earth is billions of years old, they’re right!—It should have a long time ago! But the Earth is not billions of years old. 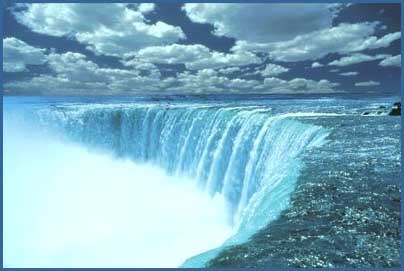 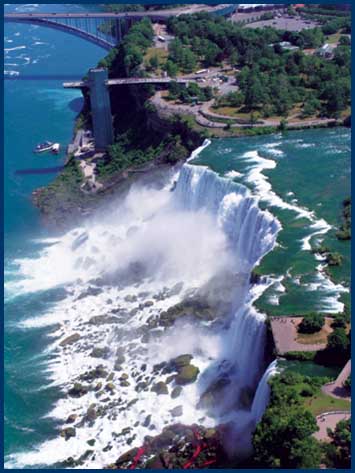 NIAGARA FALLS IS MOVING. Up until the 1930’s, when much of the water was diverted for hydroelectric generation, the edge of Niagara Falls was moving 5-7 feet south every year. It has moved about 10 miles, give or take a couple of miles, from its starting point at the Niagara Escarpment.  (See yellow arrow in picture below.)

Scientists estimate that, moving at its present rate, the Falls seem to be about 9,900 years old. It could be less than that when you consider the cataclysmic nature ofthe Flood. But if Evolution’s millions and billions of years were true, Niagara Falls would have moved to Florida by now!—Or anywhere on the continent!—Or completely out of existence!—But not just 10 miles! 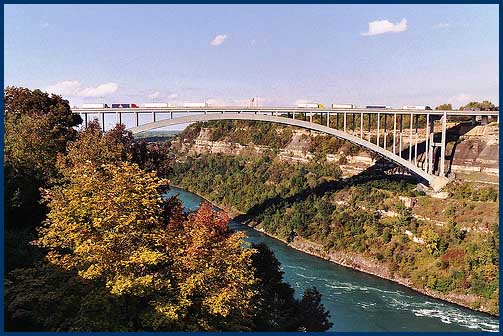 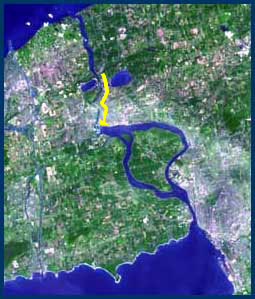 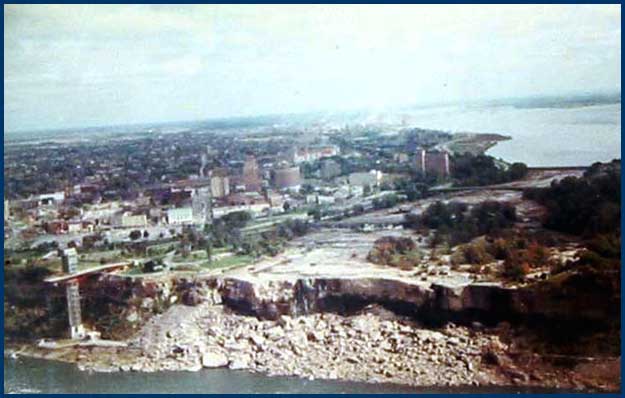 Some preservation work on the American side necessitated diverting the river temporarily. Note the evidences of erosion.

“Rivers dump tons of sediment into the world’s oceans every day. Sedimentologists have researched many of the world’s rivers and calculated how fast the land is disappearing. The average height reduction for all the continents of the world is about 60 millimeters (2.4 inches) per 1,000 years. This equals some 24 million metric tons of sediment per year going into the oceans. If the earth were even only one billion years old, a height of 60 kilometers of continent would have eroded. The earth’s highest mountain, Mount Everest, is only 8.85 kilometers high. Obviously the continents of the world have never been … seven times as high as Mount Everest, because that sediment would have had to have gone somewhere. That somewhere is the oceans, which means that the oceans would have had to have initially been correspondingly deeper, and we would today see the ocean floor miles thick in sediment – which is not the case [average thickness now: only 400 m.].

(Related to erosion rates is the dilemma of salt in the oceans: the oceans should have 70 times more salt than they do now if the Earth were 3 billion years old.)

From the geological perspective, the earth could not be billions of years old as required by the theory of evolution, or not just the mountains, but every landmass, would have been eroded away; the oceans would be full of dirt; oil reservoirs would not be under pressure; Niagara Falls would have disappeared… and so on.

Continue to 5C: Estimates Based on Evidence from Outer Space

UNRAVELING THE MYSTERY OF THE ABOMINATION (10)