5-C: Estimates Based on Evidence from Outer Space 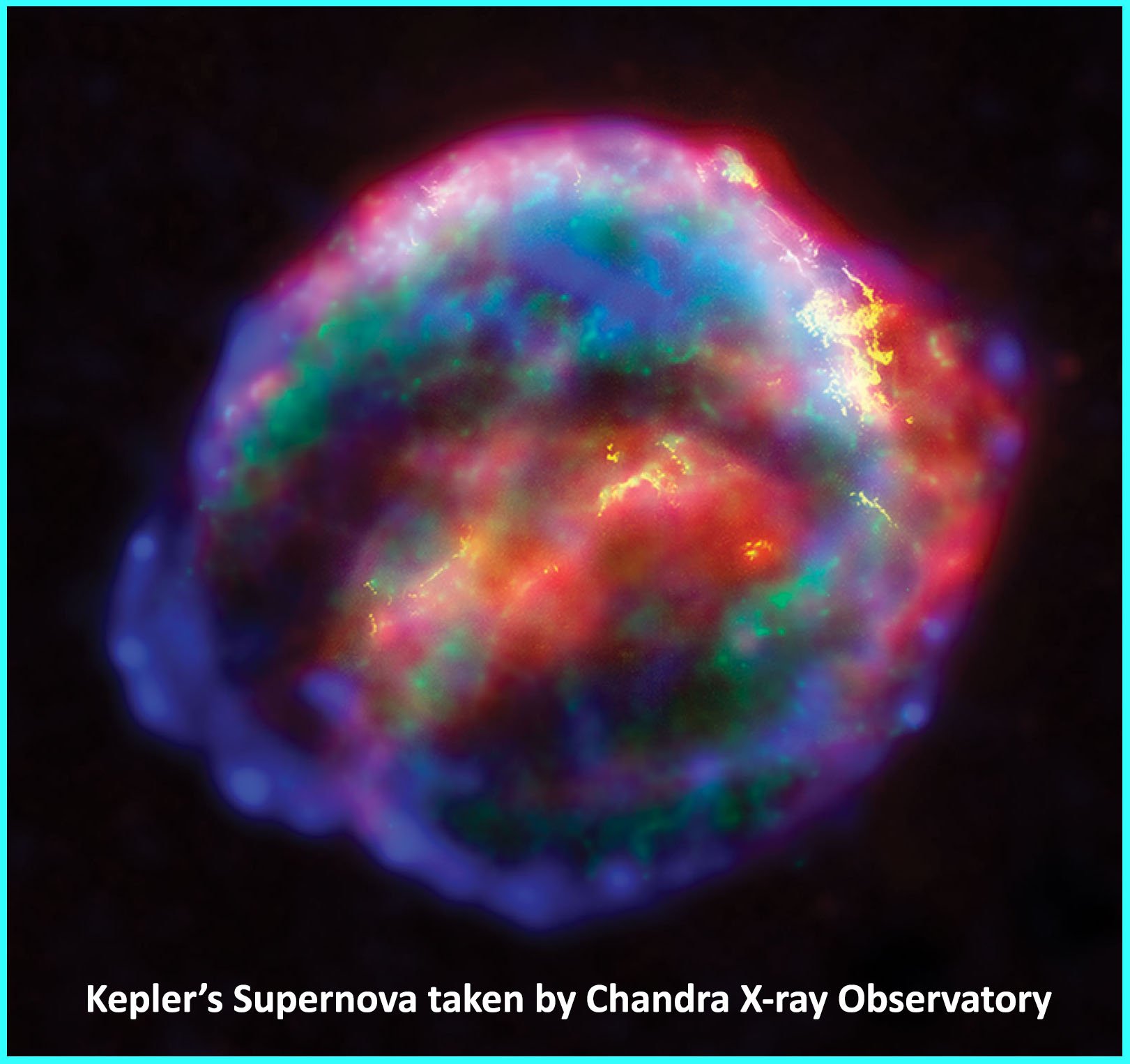 These  happen when a star’s nuclear fuel has been exhausted, triggering sudden gravitational collapse. The result is a tremendous release of energy and an expanding cloud-like structure, which can be easily visible on Earth. Scientists know the rate at which supernovas are forming. The strange thing, however, is the fact that, if the universe is as old as is claimed, then there should be many more supernovas in our galaxy than are actually there. In addition, all the supernovas in existence now are in their early stages of development. 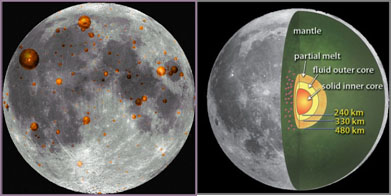 Astronomers tend to think that the Moon is geologically dead. If it is 3 billion years old, then the Moon, being small compared to Earth, should have cooled faster, and no hot magma would be left in its core. However, plenty of these Transient Lunar Phenomena are occurring. (In the Moon’s Aristarchus region, for example, 300 of them have been observed.) Again, here is another signpost pointing us to the realization that the Moon (and the Solar System and the Universe) are not that old. 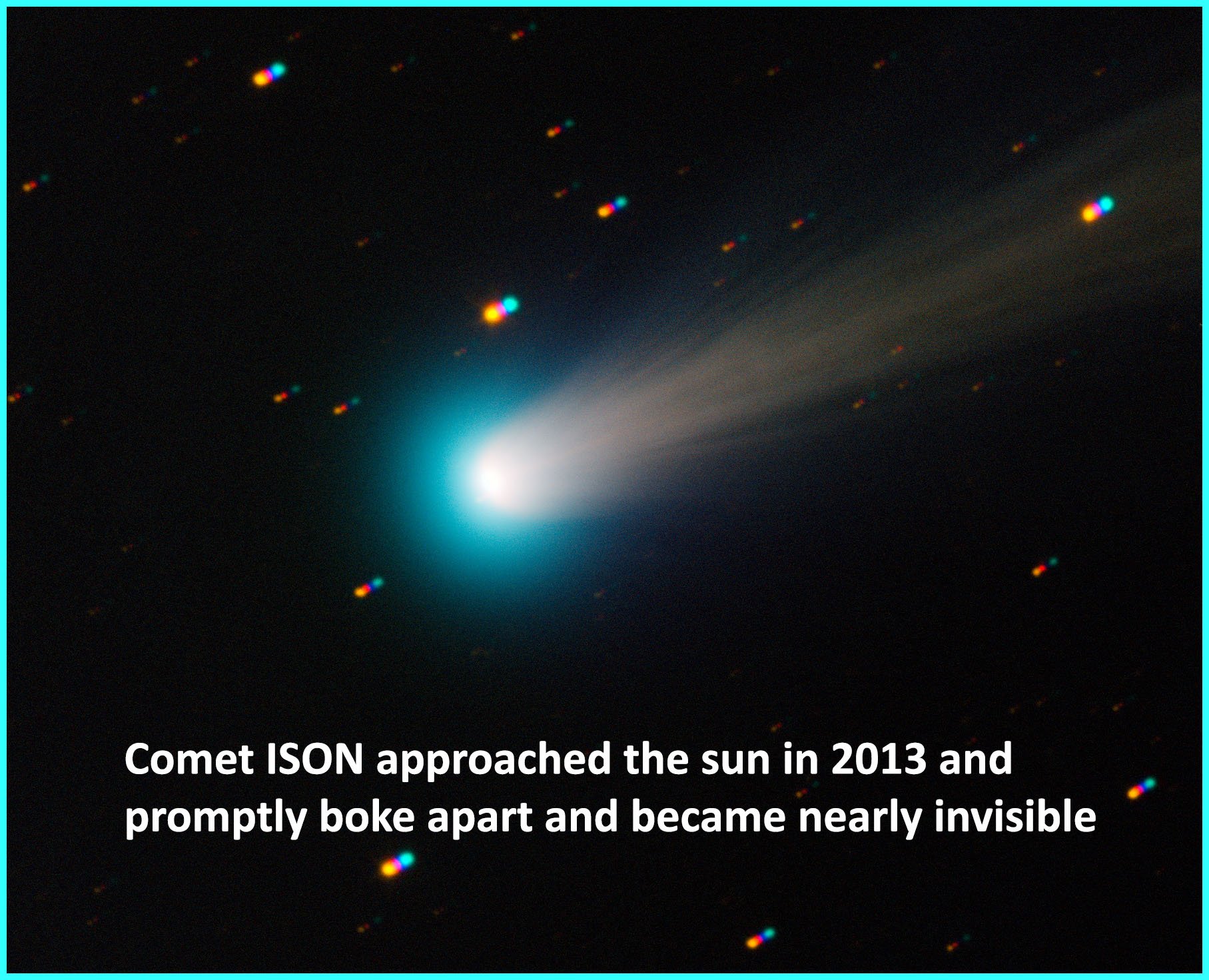 As comets approach the Sun, they lose material, and some have burned out the first time they have been observed making this journey. If the universe were billions of years old, there shouldn’t be any comets left; all would have burned out by now. Secular astronomers have speculated that there is something called an “Oort Cloud” where comets are continually being manufactured; however, there is no scientific proof or observation to tell us that such a “cloud” actually exists. It is just a theory offered to explain in evolutionary terms the difficult question of why our Solar System still has comets. 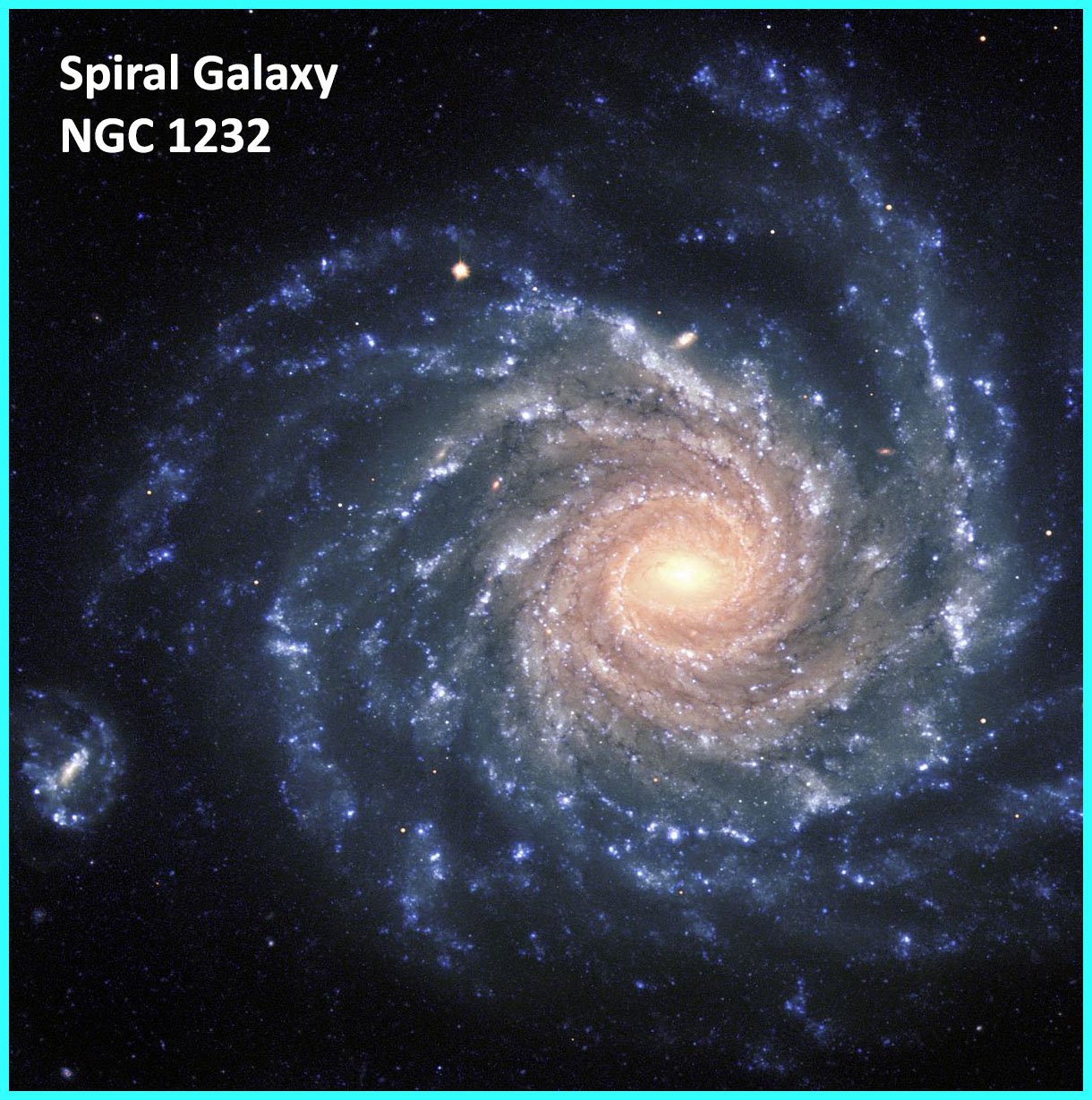 “The disk [of our Milky Way galaxy] has higher concentrations of luminous stars in some regions than others, forming a spiral structure. Many other galaxies also have this spiral structure, and this presents a problem for those people who believe that the universe is billions of years old. Spiral galaxies rotate faster near their core than they do near their perimeter. As a result, they are constantly twisting tighter with time and would be twisted beyond recognition if they were billions of years old. All spiral galaxies therefore appear quite young.” [excerpt from “The Knowledge of the Night”, Institute for Creation Research] 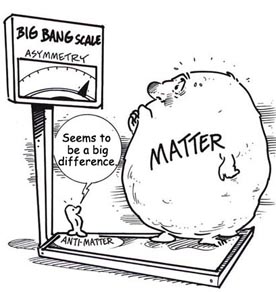 If the formation of the Universe happened according to the “Big Bang” theory, that means the original energy of the original “singularity” (as it’s called) would have had to transform into equal amounts of matter and anti-matter. But from actual observation we know that the Universe is mostly made up of matter with only a small amount of anti-matter. And it’s a good thing this is so, because when the two get together, they violently destroy each other. The fact that the Universe is mostly matter is nothing less than a “design“ feature. That is, God made the Universe with the right balance of matter and anti-matter. This dilemma resembles a similar one in the biological domain mentioned earlier: “chirality”. 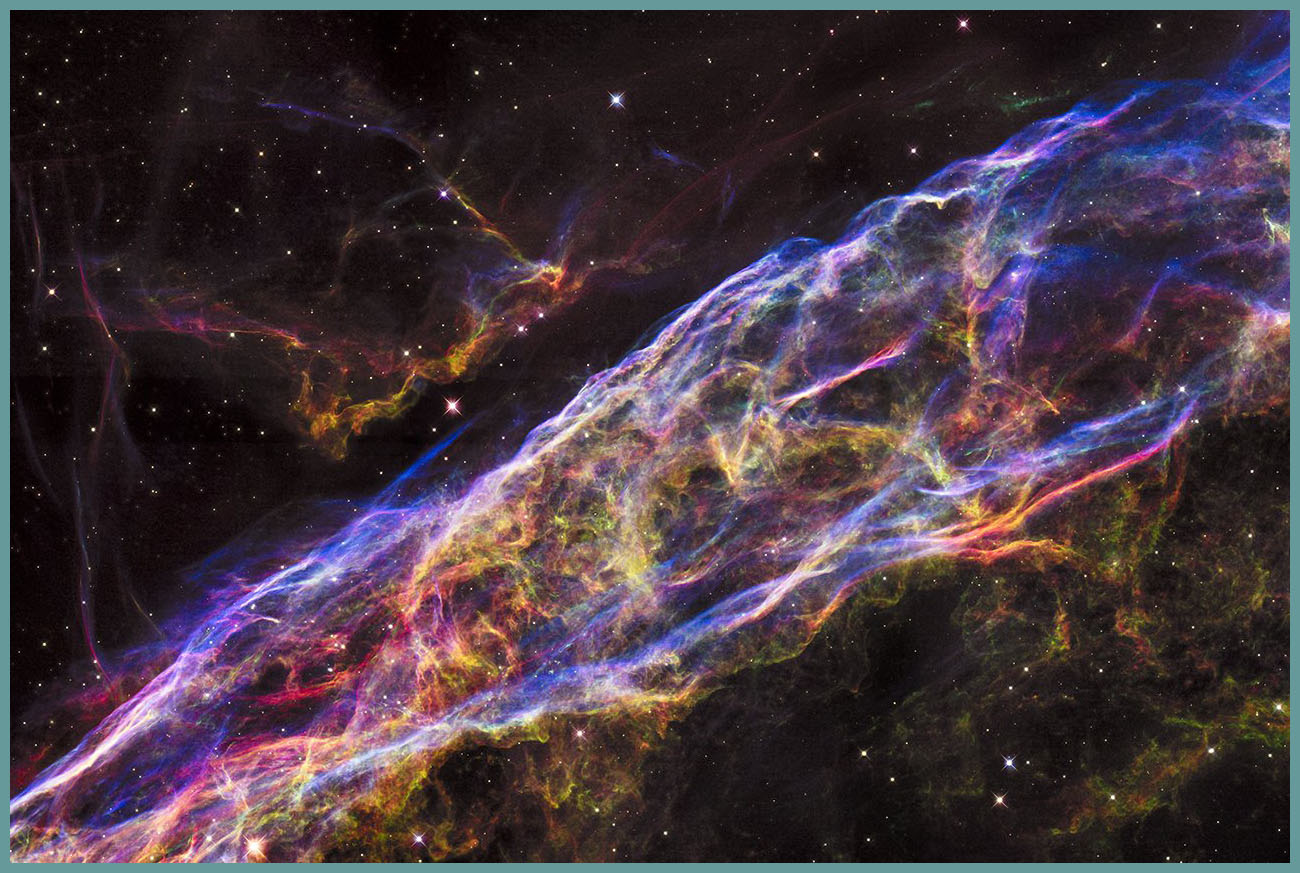 The prevailing theory about star formation asserts that they form out of collapsing nebulae (enormous “clouds” of extremely low-density hydrogen and helium gas). But gas has a natural tendency to expand, not compress. Such a process cannot happen under normal circumstances. (Boyle’s law: Pressure and temperature build up as the gas volume decreases; 2nd Law of Thermodynamics: matter and energy tend to dissipate not concentrate.) Contrary to the impression given by secular astronomers, no one has ever seen a star forming. And the reason is, they could not have formed by themselves; they were created. 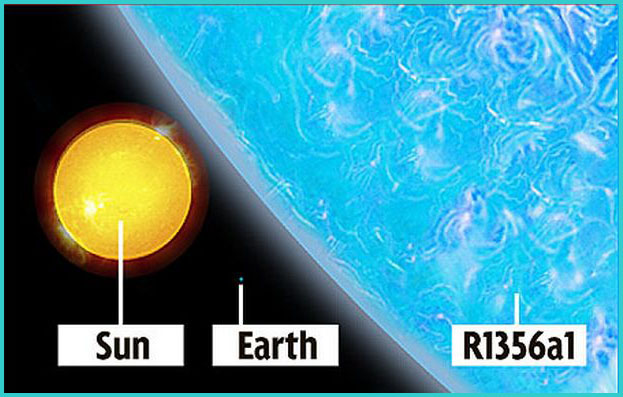 Blue stars are the most massive and luminous type of star. They can only last a few million years because they expend their fuel rapidly. Yet we observe untold numbers of them in galaxies that are supposed to be billions of years old. Again, we see evidence pointing to the fact that even the Universe, as vast as it is, was created in the recent past, and by supernatural means. 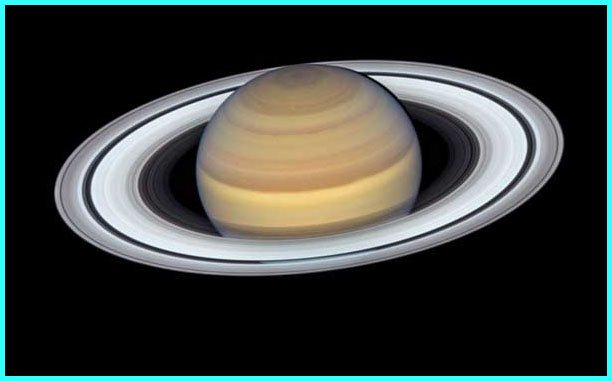 Astronomers are perplexed by the fact that Saturn and its rings look pristine and youthful. “Because the icy particles that make up the rings are continually bombarded by space dust, they should be dark and sooty after billions of years. Instead, since the icy particles are still bright and shiny, they must be relatively young. And if the rings are young, Saturn itself might be young too!” [Excerpt from “Picture Perfect: a Youthful Saturn” by Dr. Jake Hebert, 24 Aug 2020]

Continue to 5D: Age Estimates Based on Population Data

Retrieving Our Lost Heritage (2B)

Retrieving Our Lost Heritage (4B)